Apple has officially released a new mobile app that not only assists consumers with managing its Beats Pill+ speakers, but also gives the company its second presence on the Google Play Store. As part of Apple’s $3 billion acquisition of Beats Music & Beats Electronics, the company also acquired all of the products associated with that company. The Beats Pill+ speaker however was the first speaker product released after the acquisition and is designed by Apple. The latest app from the company assists users in getting the most out of the new hardware.

The Beats Pill+ application is notable in the fact that it allows users who own the Beats Pill+ speaker to get the most out of the product by unlocking features and sharing the musical responsibilities with friends. Also notable is the fact that it represents Apple’s growing presence on the Google Play Store for Android devices, following in the path initially laid out by the release of the company’s Move to iOS app that assists Android owners in migrating across to the iOS ecosystem. 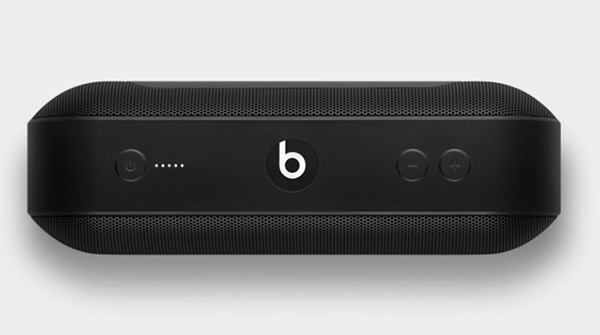 Those who download the new app, and subsequently pair it with a Beats Pill+ speaker, will be able to access a slew of features from within the app. The musical content can be amplified to an even greater level with the introduction of a second Beats Pill+ speaker, or even purpose the two units to function as a stereo setup. The application is built with a sleek and easy-to-use interface that should make it extremely easy for owners to get the most out of the hardware. There’s also a handy little feature within that app that lets owners immediately see the real-time power levels of the connected Beats Pill+ speaker. 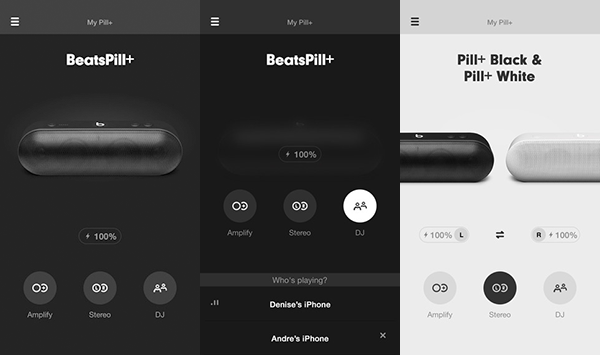 The interface of the app shows a nice visual of the sleek speaker, as well as buttons that navigate to the Amplify, Stereo, and DJ sections of the application. There’s also the aforementioned battery indicator located just below the speaker visual. 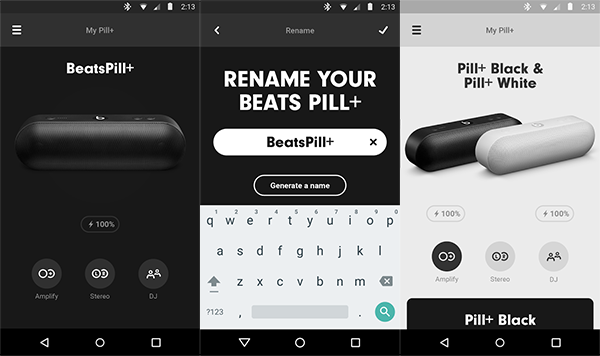 The ability to use the Beats Pill+ speakers as left and right speakers, or adjust the volume of the playing tracks is great, but it’s the smaller intricacies that stand out. Having a black or white UI based on the connected speaker color, being able to immediately change the name of the speaker, or letting the app randomly generate a name if your mind is blank; it’s small additions like these that add to an accomplished and polished cross-platform app.