Beats Electronics, which was recently acquired by Apple, has enjoyed an immensely successful first few years in business, and while its hardware arguably offers premium audio quality, there’s no doubt that the company’s ties with music and popular culture have helped it to reach the dizzy heights of being Apple’s largest ever acquisition. As well as music, an industry in which founders Dr. Dre and Jimmy Iovine are heavily invested, football / soccer players have certainly helped to broaden the appeal of the brand, and now, Beats has returned the favor by presenting Germany’s World Cup-winning squad with some 24-carat gold Beats Pro headphones.

Given that the lion’s share of the media’s spotlight currently encircles Germany’s national football team thanks to the extra-time victory in Sunday’s final, it’s a pretty solid opportunity for a marketing stunt, and having drafted in model Naomi Campbell for the purpose of presenting these headphones to the German players, Beats has taken full advantage. 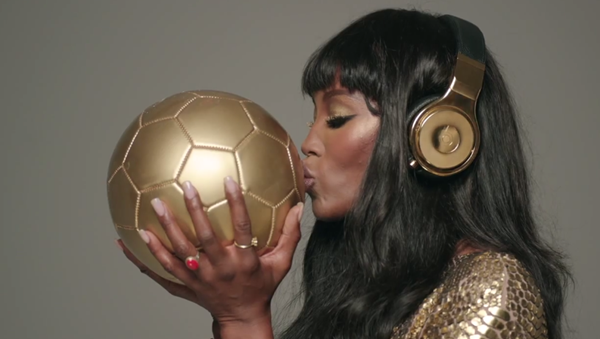 It’s these very meticulous, opportunistic marketing ploys that have seen Beats shoot to iconic status in such a short space of time, and with Apple’s gold iPhone having demonstrated how much we love this particular shade, it’s no surprise that the now Apple-owned firm has followed suit.

It looks as though the Beats Pro headphones dipped in all that lovely goldness are limited edition, and as such, are unlikely to make retail. However, given that a regular, non-gold pair of Beats Pros will set you back a cool $400, we’d dread to think how much a consumer would have to stump up to get their hands, and ears, on these. 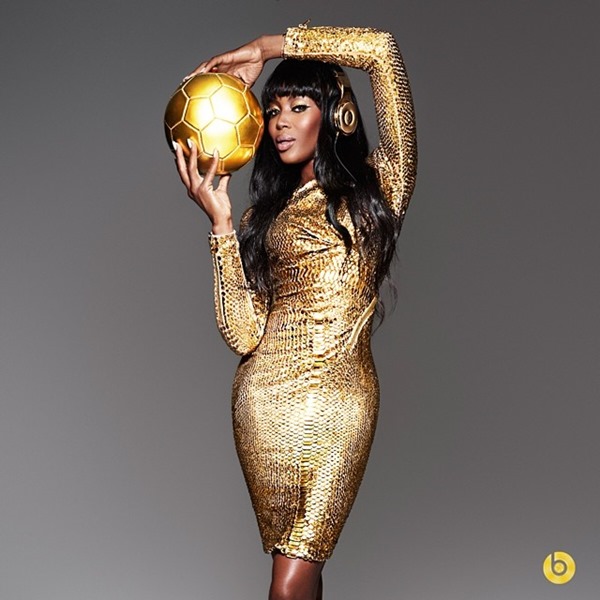 As a human race, we’ve had something of an affinity to precious metals for generations, but even though many were skeptical of the “champagne” iPhone 5s, any naysayers have been put well and truly in their place. The likes of Samsung, HTC and now Beats have all come through with gold products since, and even if you’re of the opinion that such a finish is tacky or distasteful, it’s certain that gold is here to say as far as the tech world is concerned.

What do you think of these 24-carat Gold Beats Pro headphone? Would you buy them if they went on sale?