Apple today announced a new music streaming service that’s all about video rather than audio.

The streaming TV channel will be available via both the TV and Music apps and will run for 24 hours every single day. However, the channel is only available in the United States at launch.

Apple launched this service rather quietly, and as noted by Variety:

The service premiered Monday morning (Oct. 19) with a countdown of the top 100 all-time most-streamed songs in the U.S. on Apple Music. On Thursday (October 22), it will celebrate the upcoming release of Bruce Springsteens’s “Letter to You” album with an “all day Bruce takeover” featuring music-video blocks of his most popular videos, an interview with Zane Lowe, anchor of Apple Music’s radio station, and a special livestream fan event.

Apple will also be using Apple Music TV to air exclusive music video premiers, with Joji’s “777” and Saint Jhn’s “Gorgeous” being the first to land this Friday. More videos will land in the future, too. 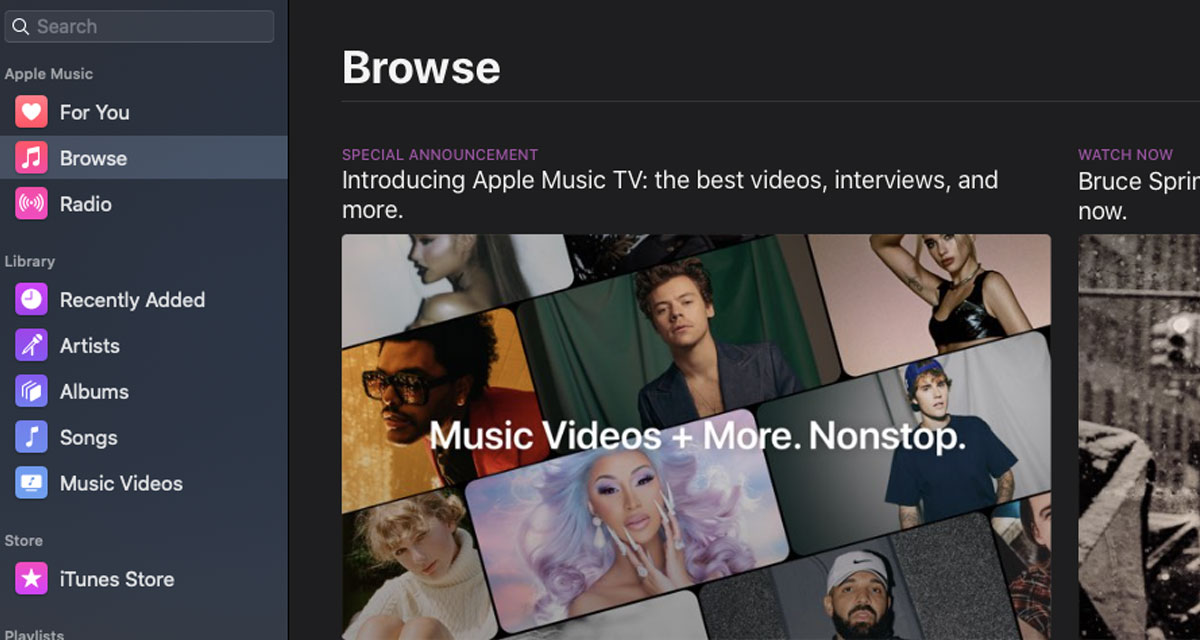 Despite carrying the Apple Music name, viewers won’t need to have Apple Music to watch. Instead, the channel will be free to all. That’s also likely one of the reasons we won’t see Apple Music TV available outside the United States for a little while yet.

Nothing’s quite as complicated as streaming music licensing.