Apple launched a series of new TV videos aimed at persuading Android users to switch to iPhones earlier this month, and now an additional three videos have dropped, which follow the same theme.

The “Switch to iPhone” campaign highlights some of the key differences between the two platforms, with Apple keen to make sure that owners of Android devices not only know that the grass is indeed greener on the other side, but also that making the jump over the fence is as easy as could be. 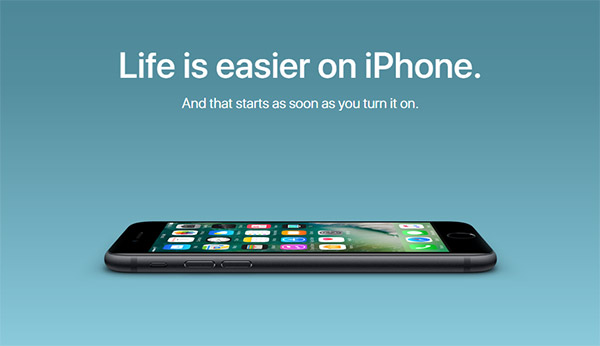 “Life is easier on the iPhone,” says Apple’s website, “and that starts as soon as you turn it on.” In the videos that Apple previously released, they highlighted the iPhone’s capabilities across music, privacy, and photos. In the three videos released, which landed today, Apple turns its attention to security, contacts, and performance.

Alongside the initial release of its new videos earlier this month, Apple also refreshed its apple.com/switch web page. This corner of Apple’s website is aimed at giving curious Android users a taste of what they are missing on the iPhone while also making the switch as painless as possible. Apple knows that its biggest market potential is in taking users of competing devices and turning them into iPhone buyers, and whether the likes of Microsoft would admit to the same or not, that essentially means turning people who are carrying Android devices into those who plump for iPhones instead.

Apple CEO Tim Cook has previously made similar mentions during earnings calls, likely because Apple claims that it is taking a record number of switchers under its wing each quarter.

Whether the aforementioned tagline of Apple’s “Switch from Android to iPhone” web page is accurate or not, it would seem that there are plenty of people willing to buy an iPhone in order to find out for themselves.