Apple recently dropped a pretty significant update to its official Apple Store app, and one of the key implementations made was its ability to distribute free content to users for promotional purposes. Far from being an empty feature, the freebie mill has already been kicked into action, with the usually 99 cent app Color Zen now available for free via the Apple Store app.

The official Apple Store app will offer a new free goodie every week, and although it was thought the giveaway feature would only work when in the proximity of an Apple Retail Store, as it transpires, this is not the case. Even if you don’t happen to be passing your local Apple outlet, you can grab Color Zen by simply selecting any store within the menu, and selecting the free app option.

Although Apple runs numerous promotions throughout different stages of the year, most are specific to the holiday season. Over the December break, the Christmas countdown app brings a new app, game, book or other piece of iTunes media every day, but rarely have we seen such a long-term promotion out of Cupertino.

On the topic of the current free app, Color Zen; although it sounds like yet another photo manipulating app, it’s actually a pretty enjoyable puzzler with a difference. With pretty visuals and immersing music to match, it’s very relaxing to play, and if you’re looking for something a little atypical and interesting in a world currently dominated by untold regurgitations of the same few gaming plots, you’ll definitely want to give Color Zen a whirl. It’s fun, it’s highly acclaimed, and now, for a short time, it’s absolutely free of charge. 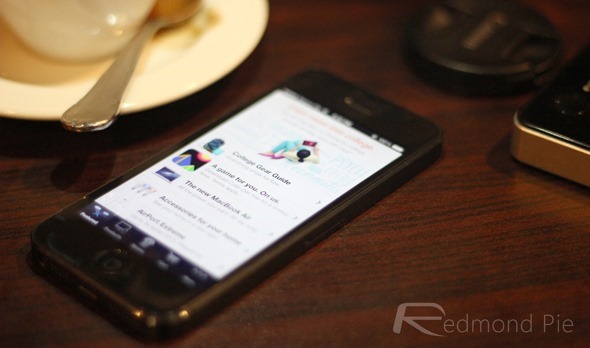 To download it, you will of course need the Apple Store app, which, as a reminder, is linked at the foot of this post. We’ll be keeping an eye out to see if anything else of interest manifests from the newly revamped Apple Store app, so be sure to stay tuned to our around the clock coverage here at Redmond Pie!

(Download: Apple Store for iPhone on the App Store) (via: 9to5Mac)