Apple may have announced two refreshes to the MacBook Air and MacBook Pro lineup today, but it actually killed off two machines as well.

The 12-inch MacBook and previous generation MacBook Air are now no more. And because the low-end MacBook Pro now features a Touch Bar there’s no pro notebook available without the controversial feature either. 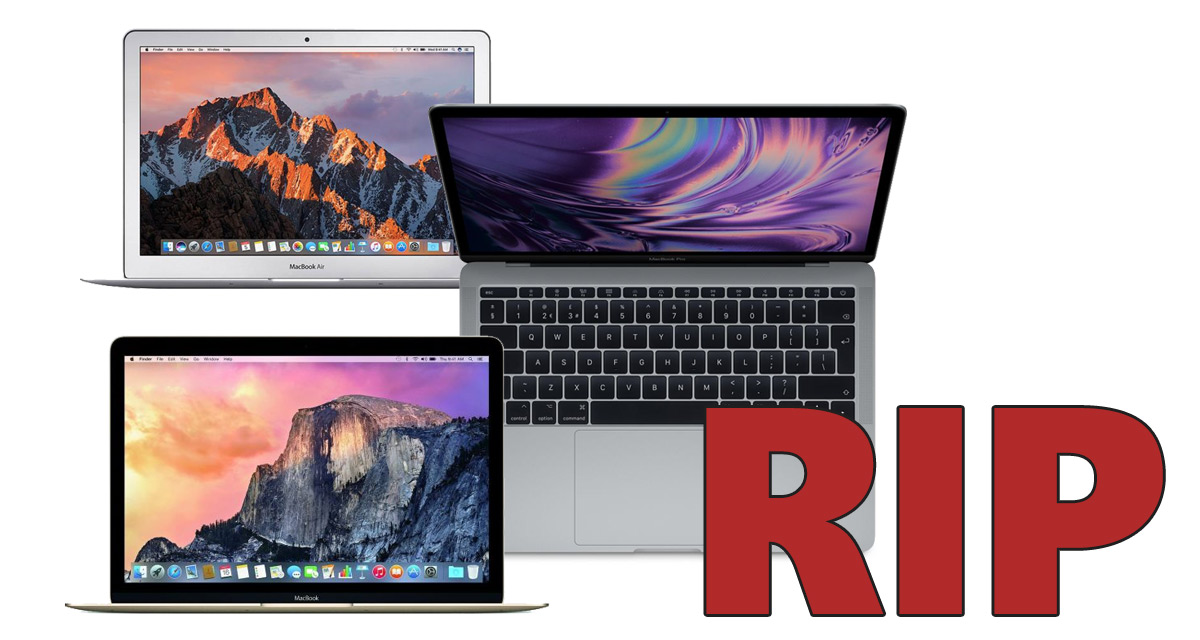 Apple updated its notebooks as part of a new Back to School promotion with price drops and spec bumps making some of its cheaper machines much more enticing. However in the process of doing that it killed off one of its most interesting machines in the 12-inch MacBook.

While it may have been living on borrowed time ever since the MacBook Air received a Retina display, the MacBook was still loved by those who used it. The machine was never a fast one, nor was it cheap, but it was the smallest and lightest Mac available. Now you can’t buy one the only option in its place is the MacBook Air.

By removing the 12-inch MacBook and MacBook Pro without Touch Bar from its lineup Apple has now greatly simplified its portable Mac offerings. The company was previously guilty of an unwieldy and confusing collection of MacBooks, something that today’s news corrects.

While its a shame to see the death of the miniature MacBook, the writing has been on the wall for some time. Whether we’ll now see the return of the 11-inch MacBook Air remains to be seen.