Apple’s 2019 Q3 earnings call happened earlier and prior to the call kicking off Tim Cook was quoted in an interview with Reuters saying that the iPhone 11 lineup is off to a “very, very good start.” He also said that the phone $699 iPhone 11 in particular had shown improved sales in China, a key market for the company.

China is currently a focus for many different reasons, but Apple has long seen it as an important market for iPhone. The iPhone 11’s starting price of $699 has been enough to give it a kickstart around the globe, not least in China.

According to Cook, the current price is “more similar to the price points that [Apple] had great success with in the past,” suggesting that the company is aware that escalating prices have alienated users in some countries and markets.

Apple has also reduced the price of older iPhones in China during previous mid-cycle sale slumps. Sales picked up towards the end of the quarter, though, with services in particular proving a strong suit for Apple as Cook confirmed during the earnings call.

We had a very good September in the lead of that is sort of the reception of ‌iPhone 11‌ and 11 Pro and 11 Pro Max and so we feel really good about how we’ve gotten started there. As you can tell from the numbers, we’ve significantly improved from the beginning of the year.

There’s a very slight growth there. We obviously want that to be better, but we feel good about how we’re doing. I think it’s a combination of things that have turned things around. On a macro basis, I think the trade tension is less, which clearly looks positive.

Secondly, the products have been extremely well received there. Third, the things that we’ve done from a pricing, financing, and trade-in point of view, all of these things have moved the dial. It’s the sum of all that. 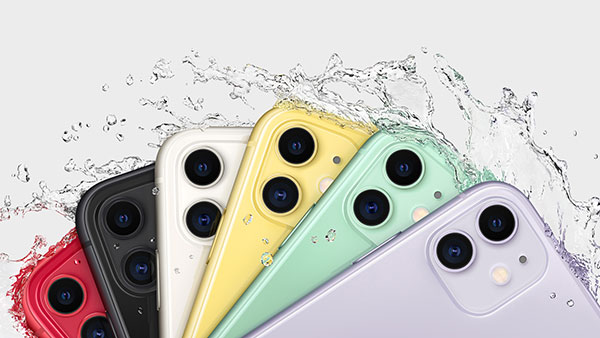 Services will continue to be a huge deal for Apple, especially with Apple TV+ going live in just a couple of days.