Apple isn’t known for offering deals during the usual Black Friday madness that happens every year, but it seems it is getting into the spirit of things this time around by offering its very own deals across a four-day event starting November 23rd and running through November 26th.

Anyone wanting to be reminded about the deals can add it to their calendar, but Apple is not yet saying what we should expect the deals to entail. All the company is saying right now is that customers can mark their calendars ahead of the event, ensuring they don’t miss out. 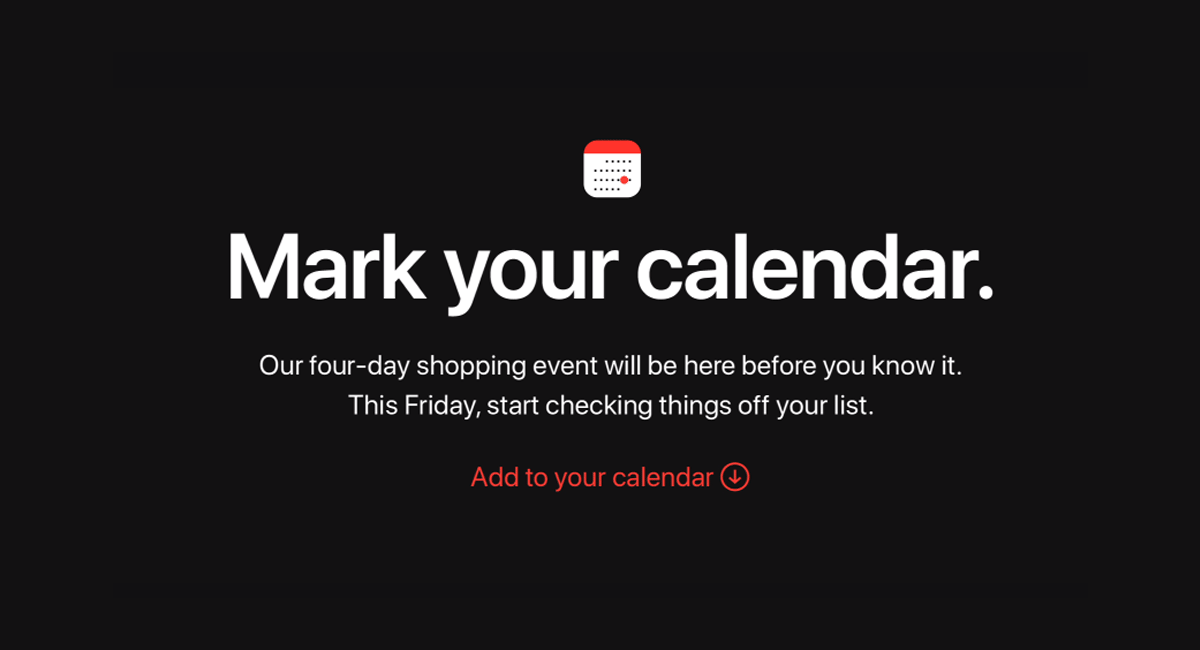 Apple’s usual form for such events is to offer gift cards based on the amount spent in-store, which is underwhelming given some of the deals that can be found elsewhere at this time of year. However, we’re hopeful that something will be a little different this time around, so we’ll be sure to check back when the time comes.

We’ve already been sharing some great deals from Amazon that will take some beating, and we’ll continue to do that over the coming few weeks as the holiday season really kicks into high gear. Amazon also recently started selling Apple hardware again, although we don’t expect any of those products to be included in Amazon’s own Black Friday deals.

Fear not, though, we’ll be keeping our ears to the ground, so should any must-have deals crop up, we’ll be bringing them to you as soon as we have them. Nobody wants to miss out on the deal of the century, right?