The National Football League (NFL) is a behemoth sporting organization within the United States. The popularity of the company and American Football in general has always been at astronomical levels in America, but it’s been also steadily growing in prominence on an international level over the last few years with a number of games being presented to an English audience in London. According a new report, prominence on an international level is about to grow thanks to a deal in the works within the NFL to live stream every single international series game, as Google and Apple look to grab the coveted rights to that.

After initially offering only one game in Wembley, the NFL has recently extended that to a total of three in games in London. That means that international fans of NFL now have three exciting opportunities to see various teams take to the iron grid in a live setting.

Today’s report is now suggesting that the international experience will be truly extended across the globe with plans to live steam all three games from London during 2016. The report also suggests that NFL is currently in talks with a number of potential well-placed partners to stream the content when it happens, including Apple and Google.

Live streaming the international games isn’t exactly a new experience for the NFL. Last year the company partnered with Yahoo to live stream one of the London games to an international audience. That partnership represented the first time a game of this nature had been actually streamed free-of-charge by a technology company to those interested in American Football. With subscription-based services that offer streaming packages on the rise at an astronomical level, it makes perfect sense that some large technology companies would want to get in on the action by securing the rights to stream these NFL games. 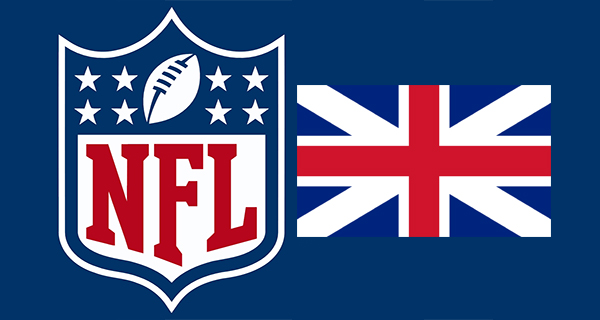 The NFL has clearly considered last year’s streaming of the London games a success and therefore wants to continue the experimental, revenue generating process. If Apple or Google were to win the rights to stream one or more of the games then it would be a huge selling point for the Apple TV or YouTube Red services. There’s no denying that both companies are well placed to not only secure the rights financially, but to also pump out the content on truly global scale. This year’s international games are set to be played later this year in October.