Ask anyone which company they think of first when you mention online video, and YouTube is very likely to be the first word from their lips. Ever since its inception and subsequent buyout by Google, YouTube has cemented its position as the premier place to go for quality – and sometimes, quite the opposite – video content for free whether you are using a computer, a smartphone or a tablet.

Historically supported by commercials, YouTube has allowed owners of channels to monetize their content using the age-old model of slapping video commercials at the beginning of content. Sometimes skippable, often not, these commercials range from surprisingly cool to downright obnoxious. If only there was a way to pay for the content directly without having to endure them. 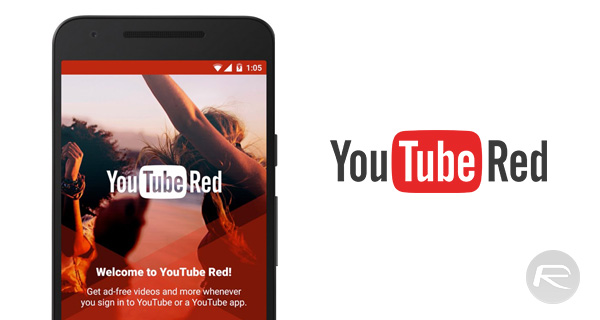 That’s an idea that has been batted around for some time, and today, Google gave people what they wanted – a YouTube subscription service called YouTube Red. No, we don’t know why it’s called that either.

Essentially an all-you-can-eat subscription the likes of which we are all very familiar with at this point, YouTube Red allows video watchers to pay $9.99 per month and watch any content they like, free of commercials.

As part of the subscription, YouTube Red buyers will also be able to download videos for offline playback, as well as play videos in the background, perfect for those who like to inexplicably use YouTube as a sort of musical jukebox. No longer will your music stop playing when you quit the YouTube app to check twitter.

But wait, there’s more… even more! 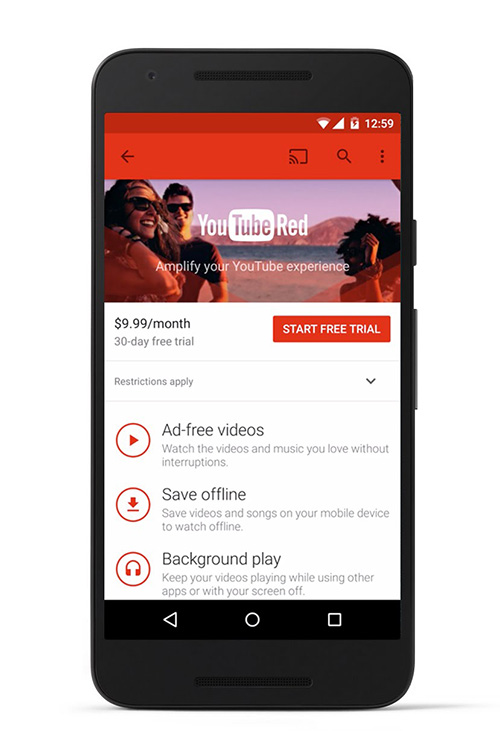 Speaking of music, YouTube Red subscribers will also get access to Google Play Music All Access, which usually costs $9.99 itself, which actually makes the whole thing quite the bargain. It’s not all good news, though. Those carrying iOS devices will need to pay $12.99 per month, rather than $9.99. We’re not keen on it, but we can understand why – Google wants to give its own Android platform an advantage. So be it.

YouTube Red goes live on Wednesday October 28th and will be available as part of a 30-day free trial within the US for those not quite sold on the idea just yet.