As well as introducing the iPhone 6, the iPhone 6 Plus, Apple Pay, and the Apple Watch during the September 9th media event at The Flint Center, Apple also teased a couple of new advertisements focusing on the iPhone 6. The recently released sales figures for the latest and greatest iPhone suggest that it doesn’t really need an overly complex advertising campaign to convince the public to embrace it, but hey, a little bit of celebrity endorsement never hurts, right? Following on from the event, Apple has released the first two of what we expect will be a number of iPhone 6 dedicated ads, titled “Huge” and “Cameras“.

Incase you can’t immediately tell from the names given to the advertisements, the “Huge” video focuses on the fact that Apple has attempted to penetrate the market with a 4.7-inch and 5.5-inch smartphone offering. The “Cameras” video attempts to promote the fantastic photographic abilities of both of the devices in an effort to appeal to photography loving consumers. We may have gotten an initial glimpse of the videos during the media event, but considering the magnitude of what had been announced, you’ll be forgiven for missing a few details, such as the fact that the commercials feature musician Justin Timberlake and TV host Jimmy Fallon. 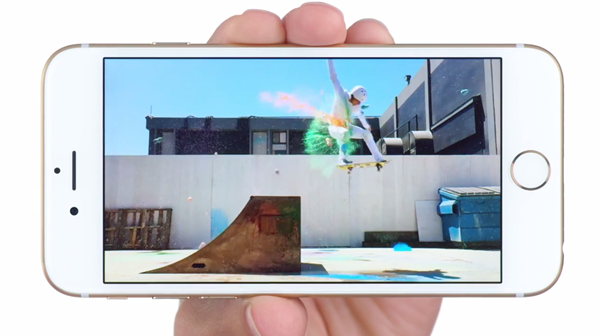 The announcement of 10 million iPhone 6 units sold during the first weekend of availability is only the first step for Apple and its new hardware. The initial excitement of a new device being released, coupled together with the fact that the iPhone has a cult following of early adopters, means that the Cupertino company needs to find ways to appeal to the general public to push the device. It’s clear from the “Cameras” video that Apple feels the 240 frames-per-second Slo-Mo functionality, time-lapse features and superior image quality of captured images is one such way of resonating with consumers.

What’s particularly interesting is that Apple has decided to make a big deal out of the fact that the iPhone 6 and 6 Plus are the largest smartphones the company has shipped to date, even though it appears to be such a polarizing “feature“. The “Huge” commercial focuses on the benefits of a big screened device, which is something we never thought we would see coming out of Cupertino. Check the videos out for yourself and see what you think of the company’s new commercials.