It has only been a week since Apex Legends entered its fourth season, and the BR is already preparing to treat its player-base to a new event themed after Valentine’s Day. Called “Valentine’s Day Rendezvous,” the new event kicks off tomorrow, on February 11, and will run through February 18.

The major highlight of the event is the return of Duos, which is apt, given the theme. Players with a proclivity for staying inside on February 14 may pair up with their significant other and put their teamwork to the test in the Apex Games. 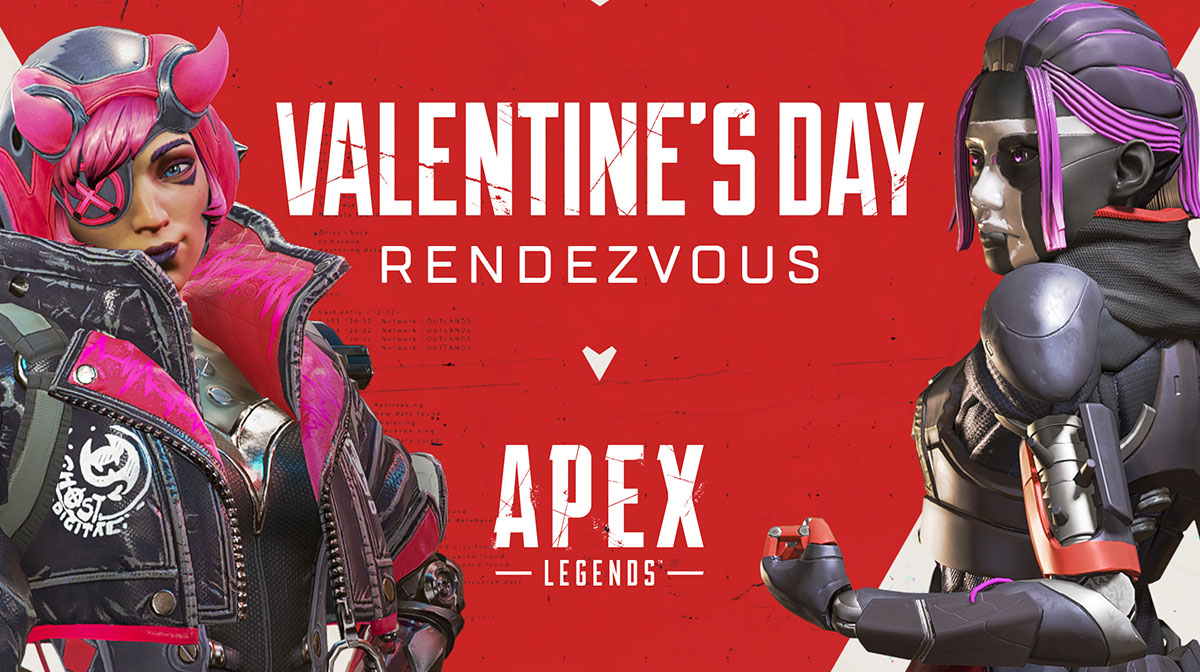 There are cosmetics and badges to be had as well, of course, including a free Valentine’s 2020 Badge and an adorable new Pathfinder gun charm. Players will also be able to farm double the XP, up to a maximum of 20k each day, for the duration of the event.

What’s in the Valentine’s Day Rendezvous:

The announcement comes a week into Season 4, which added a new legend, the immortal Revenant, a new bolt-action sniper called Sentinel, and made a bevy of balancing changes to the game in addition to giving several areas on World’s Edge a new lick of paint. 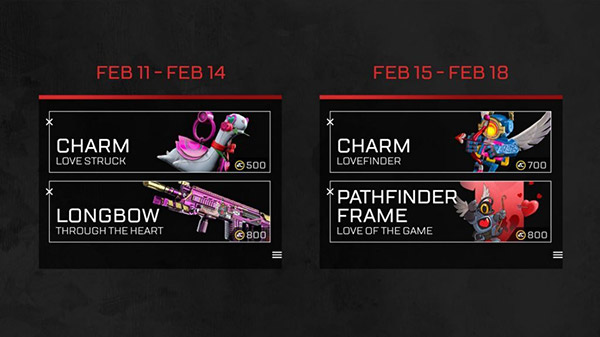 In fact, the game’s last event ended a little more than two weeks ago. The Art Deco-inspired Grand Soirée was a little richer in its offerings, however, packing seven limited-time modes as well as a number of suave cosmetics.