There have long been rumors that Apple was at some point considering releasing a so-called iPhone nano, a device that would be cheaper than the current flagship. That ultimately never happened, although the iPhone SE did fill that hole in Apple’s lineup.

Now, a new email made public by the Apple Vs Epic Games legal spat confirms that Apple was indeed working on such a device.

That email was dated from October of 2010 and was from none other than the Apple CEO of the time, Steve Jobs. The email was an agenda for an upcoming meeting, with the words “iPhone nano” clearly written.

Unfortunately, as The Verge notes, there were no more details given about what the device was going to be — although it does appear the company was keen to make sure it met a specific target cost of parts.

Unfortunately, Jobs’ October 2010 email, which is an agenda for a strategy meeting, doesn’t reveal much about the device. There’s a bullet for an “iPhone nano plan,” a sub-bullet for its “cost goal,” and another sub-bullet indicating that “Jony,” presumably Apple’s former design chief Jony Ive, would “show model (and/or renderings).” A “2011 Strategy” bullet earlier in the agenda has a sub-bullet that says “create low cost iPhone model based on iPod touch to replace 3GS,” but it’s unclear if that is referring to the iPhone nano or a different device entirely. 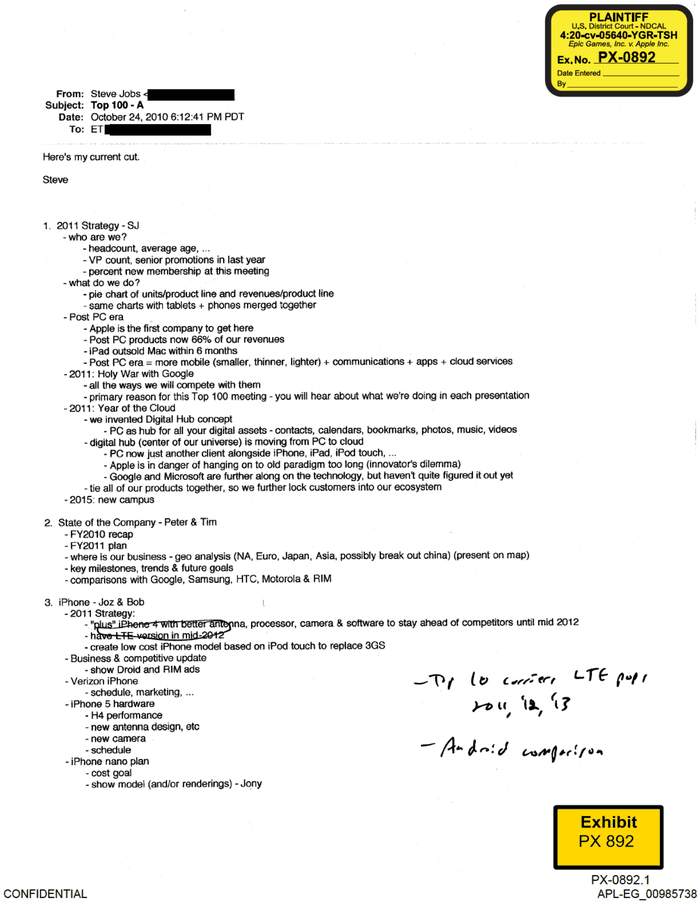 Apple eventually went on to release the iPhone SE, a device that still gets refreshes to this day.