In the tech blogging game, rumors are very much a hazard of the job. While sometimes we receive tips that make just enough sense to be real, others are more along the ‘my brother’s dog’s vet’s aunt heard that…’ line.

Yet more rumors come from Taiwanese technology blogs, such as this one from Apple.pro.

The site has today posted a photo of what it claims is a connector from an as-yet unannounced iPad, presumably the iPad 3, or even iPad HD. 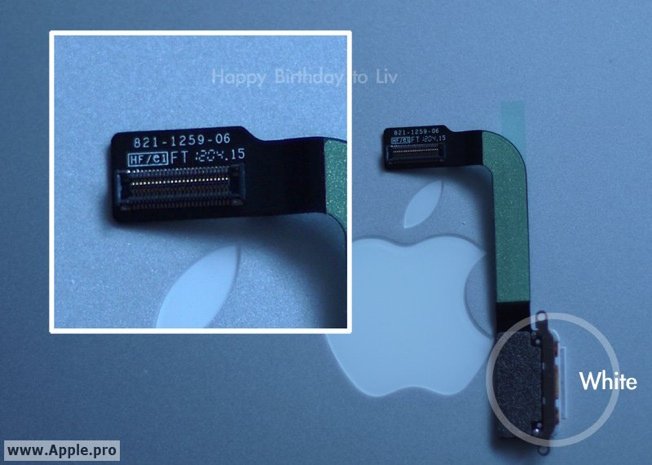 The white plastic tip points to a black and white model of the new iPad being available – no great surprise there, considering the popularity of Apple’s first white iPad, the iPad 2.

Apple.pro has a history of getting their hands on parts destined for brand new Apple products, so we’re dialing the skepticism meter down a notch. Only the one, mind.

Of course, it’s always possible the new part is simply a modified version of the existing one and is to be used in new iPad 2 units.

Rumors of an iPad 3 have been circulating almost since the iPad 2 was announced, with Daring Fireball’s John Gruber et al claiming that another iPad release this year is a possibility. This could lend credence to the recent suggestion that a high-end, double resolution iPad HD is on the horizon.

Specifically designed for people who need those extra pixels, such as photographers and video editors, an iPad HD is also rumored to be released alongside iPad versions of Final Cut or Aperture.

As always, Apple is refusing to comment on the speculation, which is doing nothing to halt the claims and counter claims that the iPad 2 won’t be the only new tablet to come out of Cupertino this year. And it doesn’t surprise us at all, since Apple never comments on any rumor which are being spread around their premises, they’re more into taking the lid off themselves rather someone else do it.

Watch this space for more iPad rumors as we get them, and if you do happen to have any tips for us, please do be sure to drop us an email – anonymity assured if required!