According to a UK job posting, Apple could be looking for a Apple Store employees to help push the sale of a future iPhone. The posting, which is meant for a temporary job, allegedly involves an “exciting project” that will be worked on between August 16th and October 29th. In short, who wants to see the next iPhone?

Apple isn’t conducting the recruitment directly. Instead, it has hired Gekko, a British retail and marketing company, to look for candidates. As expected, the job posting is way too general for assertions to be made on what’s to come, though it’s clearly related to getting a new iPhone on the market:

Apple, one of the largest consumer electronic hardware and software companies in the world are seeking full-time iPhone Sales Staff

According to the listing, the job’s main goal will be to manage a busy store crew during the launch of the new product by meeting strict sales targets, while keeping all employees motivated at the same time. This is expected to be a full-time job with a 5-day work week, which suggests that Apple is looking for someone to be deeply involved with the product.

It’s unclear why Apple isn’t recruiting employees directly, possibly to avoid the posting from being noticed by half of the internet (which it now has, anyway). Gekko has, however, cooperated with Apple in the past in other retail projects, suggesting that outsourcing retail work might be a common practice by the Cupertino company. 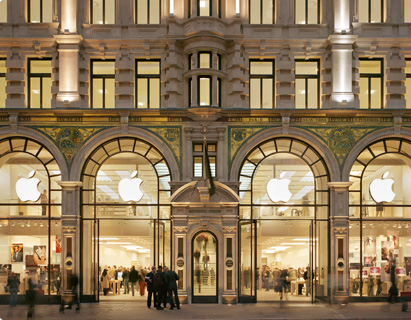 The next iPhone, known as the iPhone 5 by the blogging community, is expected to be officially unveiled at a special event in September, although this posting suggests that we might see it sooner, perhaps in mid-August, since the job being offered is slated to start on August 16th.

No previous experience seems to be required other than reasonable amount of knowledge on the iPhone’s feature set. Based on the information provided by the listing, most readers of this website would likely be able to carry out this job. Accepted candidates will be asked to attend a 4-day training session between August 9th and the 12th, before the job officially starts on August 16th.

Don’t expect to see the new iPhone on the day you walk into this job, but you might see it earlier than most people. That alone is exciting, isn’t it?