For a large portion of this year, it was widely thought that Android 5.0 Key Lime Pie would be the next significant release from Google, so the impromptu announcement of Android 4.3 Jelly Bean a couple of months ago was certainly a bit of a shock. With the Big G having diverted attention from 5.0 momentarily, we were then almost certain that the search giant had no further tricks up its sleeve. How wrong we were; Android 4.4 KitKat was announced last month, and although we don’t have much of an idea of what it will include as yet, a new leak purports to offer a sneak preview of the new user interface.

Although we do suspect this release to be as much about the advertising deal with the chocolate snack maker as opposed to bringing anything game-changing to the devices of Android users, we’d like to think Google has something of general interest planned for the next big update.

The fact that it’s a point update rather than a full number update suggests we’re not going to be seeing a major overhaul, but judging by the leaked shots purporting to show Android 4.4 in all its glory, we will see some noticeable alterations once the OTA begins rolling out to select devices.

The entire UI has a slightly brighter, freshened feel about it, with key aesthetic changes also having been made to the Messages and Phone apps. Apple’s iOS has just been given a major overhaul in its seventh major version, and while these would-be KitKat changes are not quite as severe, they do seem to opt for that cleaner, minimal look from what we can see here. 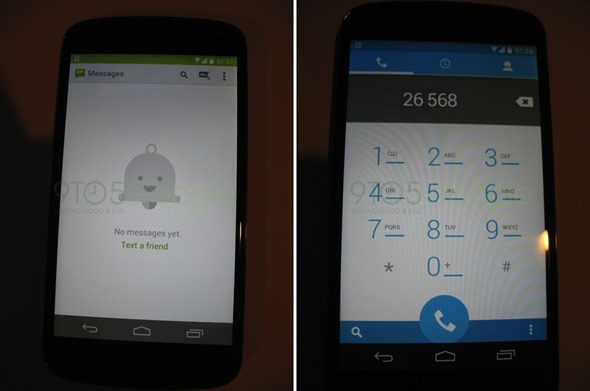 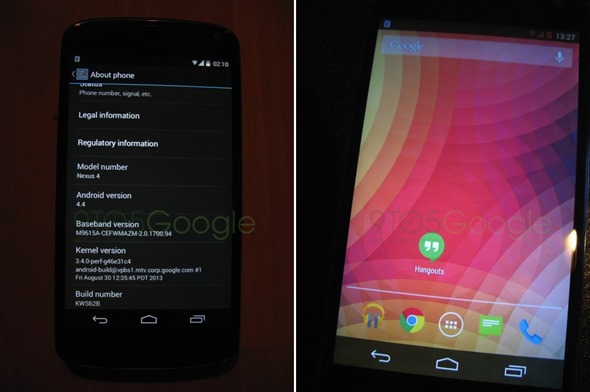 All will hopefully be revealed on October 14th, at which point we’re expecting the new version of Android to be unveiled to the world alongside the eagerly-anticipated Nexus 5 smartphone. The LG-manufactured handset, which will serve as the sequel to the Nexus 4, is expected to bring users the typically-Nexus combination of decent features in a stylish, affordable package, and with the Nexus 4 now being what the mobile world would deem to be antiquated at over one year old, we’re itching for the Nexus 5.