The final quarter of 2019 was a good one for Apple and the iPad, with the overall category improving its worldwide market share by 6.4% according to IDC. The main driving force behind that appears to have been the 2019 10.2-inch iPad.

The new iPad arrived in September, just in time for that final quarter. It’s aimed at the budget end of the iPad market while also appealing to education customers. 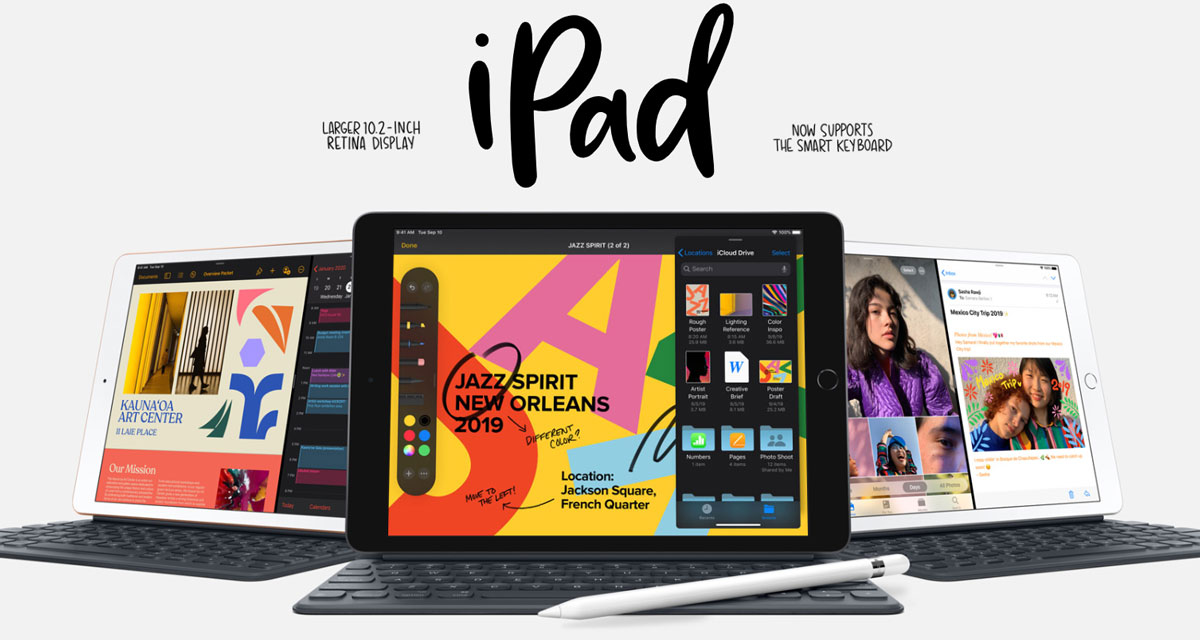 According to the numbers it was the most popular iPad of all, accounting for a massive 65% of the almost-16 million iPads sold in total. That saw the overall market share for the final quarter of 2020 sitting at 36.5%, an increase on the 29.6% Apple managed in the same quarter of 2018.

It was good news for the full year, too. Apple reportedly sold 49.9 million iPads, an increase on the 43.3 million it sold during 2018. That increase of more than 15% is certainly one that shouldn’t be overlooked.

Apple maintained its lead in the holiday quarter, growing 22.7% year over year. The new iPad launched last quarter accounted for nearly 65% of their shipments and helped the company gain share to 36.5% compared to 29.6% last year. As the company’s product portfolio is moving more towards detachables, slate tablet shipments have been at an all-time low with a 79.3% decline. 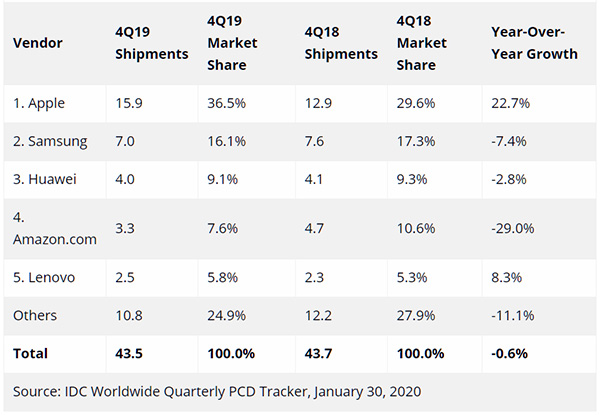 The iPad has generally lived in the iPhone’s shadow for Apple and analysts alike. But it’s clear that the company has a winner in the 10.2-inch iPad. And with iPad Pro refreshes expected this year, 2020 could be a big year for Apple’s tablet business as well.