More and more people seem to use YouTube as their source of music, which still boggles the mind. But regardless, wouldn’t it be cool to take your favorite song from YouTube and then turn it into a karaoke classic by removing the words from it? Of course it would. And that’s what Youka does. Or, it’s what it did, at least.

Youka first sprung to everyone’s attention a few days ago because it did exactly that. You could feed it a YouTube video and it would then go off and isolate the vocals and then provide the lyrics, too. That made it perfect for karaoke, which is where the name came from – YouTube to karaoke becomes Youka. Get it? 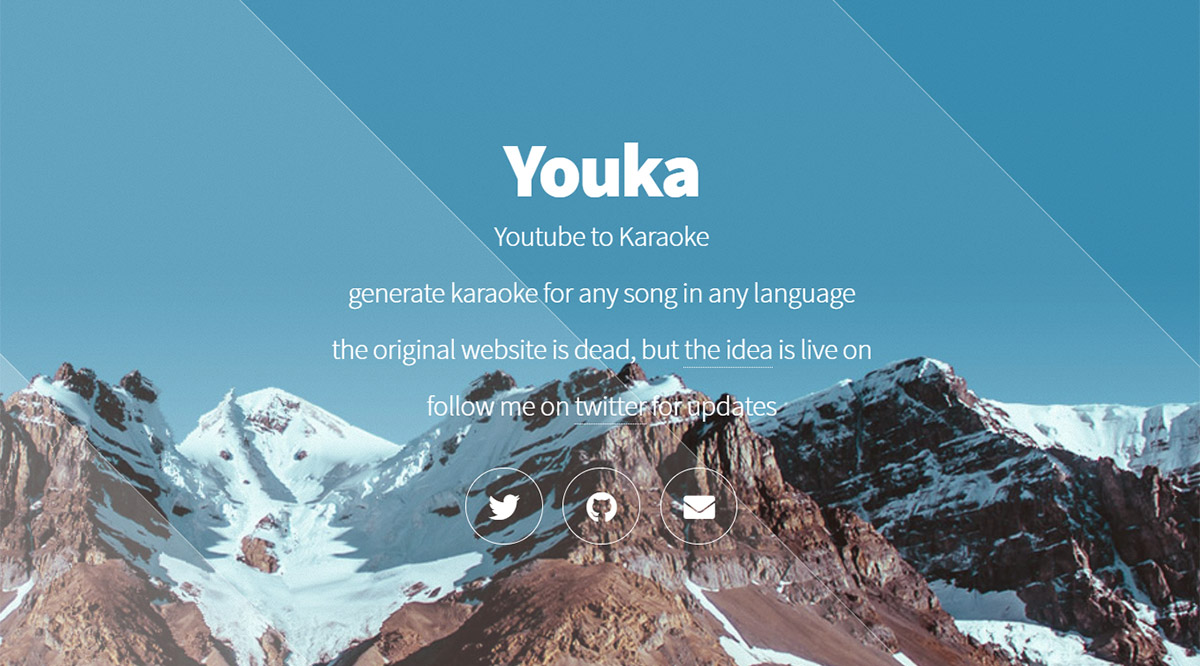 Name aside, the idea was a great one, but as The Verge noted, it wasn’t ever going to live for very long. Ignoring the legal situation the site’s creator no doubt faced, there was a technical limitation, too. Or, a financial one related to keeping the technology running.

Of course, the app is probably not long for this world for both legal and logistical reasons. Youka’s creator says that the site is currently being hosted on $2,000 in credits from a cloud provider, and running the site is an expensive operation. The creator says they plan to open source the site “before the lawsuit,” so until then, get yourself a Bluetooth karaoke mic and sing your heart out.

And, sure enough, it’s now been pulled from the internet. Visiting the Youka website now gives you a lovely scrolling background and a message.

Generate karaoke for any song in any language
The original website is dead, but the idea is live on

So there we have it. The suggestion that “the idea lives on” is a promising one, and with the same creator having said that there was a plan to make everything open source, there’s still hope yet. Now we’re left crossing our fingers that we can get back to making our own karaoke songs sooner rather than later.