Have you ever check out Apple’s online store, viewed a 512GB iPad Pro, and wondered why you can’t buy any of the company’s iPhone models with the same storage configuration?

Apple doesn’t believe there is a market for an iPhone with that level of storage, or certainly not one which will pay the requisite amount, but if you did want an internal project, then rest assured that it is actually possible to modify an iPhone 7. 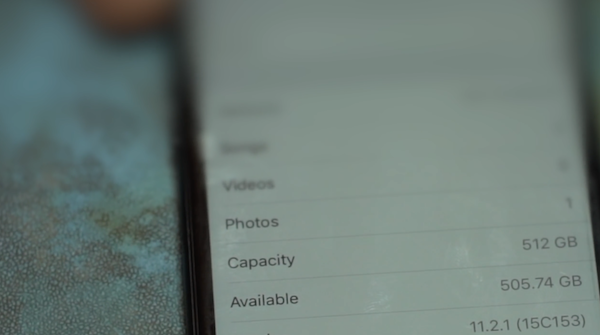 First of all, let us stipulate that just because something is possible, doesn’t mean that you should actually be doing it. And that’s particularly important to remember in this instance as this modification process actually involves removing the existing NAND storage chip from Apple’s iPhone 7 and manually installing a brand new module which carries a whopping 512GB of storage. This particular chip is available in China and can actually be imported into a different country if you aren’t from that region. However, like we said, just because you can, doesn’t mean that you should.

The process itself involves removing existing and official components in the form of the original NAND chip. It then involves plenty of manipulation and soldering to get the new chip in place. There’s also a need for a lot of tools that the average iPhone 7-owning individual simply will not have in their toolkit. And, of course, even removing the back of the device will immediately void any warranty of the iPhone 7, so imagine what removing components and attempting to solder in non-official components would do? Well, it would actually just void the warranty, but you get our drift, right?

With that said, if you actually have the knowledge, get the installation process right, then you will end up with an iPhone 7 complete with an impressive 512GB of internal storage. But that is a big if.

Of course, if you did actually go through this process it would almost be one-of-a-kind as it’s very unlikely you are going to know anyone else who has the bravery to rip their iPhone apart and start putting in components purchased off the internet. It’s definitely going to be a showstopper.

For details, check out the video below.