How To Setup VPN On Apple TV

Here’s how to add or setup a VPN on your Apple TV 4 or Apple TV 4K set-top box without any jailbreak for privacy and security.

If you own Apple TV 4 or Apple TV 4K and regularly use streaming add-ons through platforms like Kodi, or access content through Netflix or Hulu, then you might want to ensure that you have a VPN set on the device. 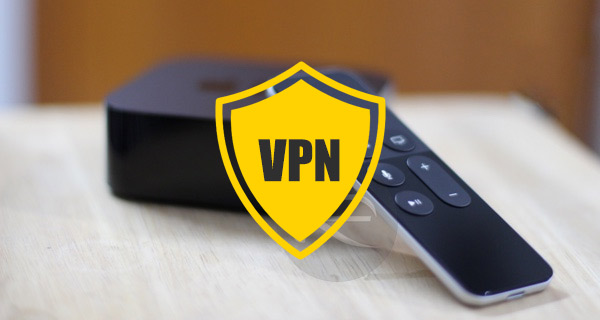 However, for one reason or another, Apple hasn’t put tvOS into a position where VPNs can be put in place natively. Some people may not actually be aware of VPNs or their importance but when accessing the content of this type it can be extremely important to implement a VPN in order to protect the security and privacy of the device. Let’s dive in and take a look at the options you have with Apple TV.

One of the easiest ways to get this up and running is to purchase a new router which actually supports the setting up of a VPN on that hardware. This might seem like a slightly expensive route to go down but it’s definitely one of the most efficient and long-lasting. With this, you can set a VPN on it, and then make your entire network on VPN whenever needed.

You can find some of the available routers with built-in VPN support below:

This is one of the easiest ways to do this – besides just having a router which has pre-defined VPN built-in, of course. The first port of call here is to connect the iPhone in question to your preferred VPN service or solution and then connect your Apple TV to the iPhone’s network. You will need to turn on Personal Hotspot feature on your iPhone by going to Settings > Personal Hotspot and making sure that it is turned into the On position. This option, while easiest, isn’t ideal unless of course you have unlimited data package.

This is very similar to what we have above with sharing a VPN service through the iPhone. The first part of the process is to make your VPN choice if you don’t already have a preferred solution, and then get it set up on your Mac or PC. You then need to share that Mac or PC connection with your Apple TV. We have guides below to show you exactly how to do that:

If you are purely looking to unblock content which is restricted by location, such as getting access to the United States version of Netflix when you are based in the United Kingdom, then there are plenty of services which let you sign up and point the DNS server on the Apple TV to a provided IP address. Some of the more popular options include Unblock-US and UnoTelly. Be aware that this is an option to unblock geo-restricted services rather than protect your identity.