iOS 11.2.2 Signing Window Glitch Allows You To Downgrade From iOS 11.2.5 For Potential Jailbreak

It may have been a little bit heartbreaking for you to read that Apple had suddenly stopped signing the iOS 11.2.2 firmware, which effectively killed all hopes of anyone on iOS 11.2.5 getting back to iOS 11.2.2 to wait for a jailbreak which might happen.

However, it seems that it may all of been a little premature as it has now been shown that Apple is actually still signing iOS 11.2.2, albeit sporadically and likely due to a glitch rather than by design. 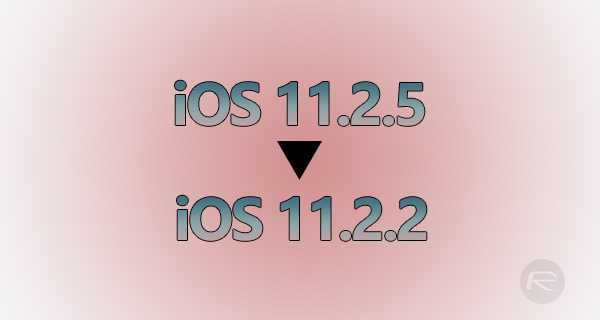 So, anyone who invests themselves in the jailbreak community should really know how these things go. Apple releases a new version of firmware which patches any known vulnerabilities in previously released versions. Someone with the technical knowledge of those bugs then writes about them, and the jailbreak development and research community kicks into action to try and release something. In the meantime, device owners scramble over themselves to downgrade to that affected version of iOS while Apple is still signing it digitally and allowing the downgrade to happen. Well, to prevent that, it appears that Apple closed the signing window for iOS 11.2.2 almost immediately, likely under the threat of a jailbreak being released due to Zimperium zLabs Team vulnerabilities which are confirmed to be made public soon.

By closing the iOS 11.2.2 signing window, Apple can’t prevent a jailbreak from being put out into the public domain for this version, but it can prevent as many people as possible from actually getting back from iOS 11.2.5 onto a version of its firmware which can be liberated with a new tool. Well, it seems that Apple has indeed tried to thwart potential jailbreakers, but doesn’t look to have gotten it entirely right as testing has shown that people can actually still downgrade from iOS 11.2.5 to iOS 11.2.2 if they add a little persistence and perseverance.

Our own testing has shown that the downgrade process may appear to fail, forcing users to give up hope, but trying again every 20-minutes or so has shown that the roll back to iOS 11.2.2 will actually go through and will be verified by Apple’s servers.

Upon success, it’s then that those users should instantly grab the SHSH2 blobs for iOS 11.2.2 in order to protect themselves from this situation in the future. As for when, or if, we will see a jailbreak for iOS 11.2.2, that depends entirely on somebody exploiting Zimperium’s vulnerabilities. Given the activity in jailbreak community these days, we are hopeful that might happen sooner than later. Let’s keep those fingers crossed.