There are plenty of things that iPhone and iPad owners would change about iOS and how it performs if they had free reign and control of Apple’s software engineers. Some of those amends would be large and overhaul entire parts of the platform. Others would be small and less drastic, such as removing or speeding up various system animations.

Well, for jailbroken devices on iOS 11 through iOS 11.1.2, there is now Fart, a uniquely-named tweak which takes care of the latter. 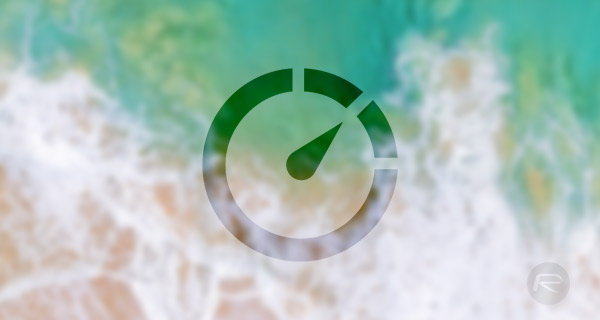 First of all, don’t let the name put you off. In certain parts of the world, the word “fart” may not be an appropriate product name, but this same word also means “velocity” in certain Scandinavian regions, which fits in nicely with the behavior of the tweak for the fact that it’s speeding up the animations on the device. Now that we’ve got that bit out of the way and cleared up any confusion, we can actually take a peek at the tweak.

We’ve seen similar tweaks like this in the past which have been developed purely because the developer, or people in the community, can’t abide the length of time it takes for certain animations in iOS to run and complete. Sometimes you just want to get into that new game or app, or just launch one of your app folders, without having to see that spring animation and wait for it to complete before you can interact with the app or other various UI elements.

Fart, like others which have come before it, looks to speed up those animations where possible by decreasing the length of time they take to complete, or by removing the animation altogether.

In the first instance, Fart looks to try and make those animations quicker. But, in situations where that’s not possible, the animation is removed altogether, which may work for some device owners but will look a little too jarring and amateur for others. This is one of those packages which will definitely divide opinion amongst those who actually like the smooth animations in iOS and those who prefer to just get the results of their action instantly and without any frills.

If interested, and you have a jailbroken device using either Electra running iOS 11.0-11.1.2, then you can find out more about Fart and download the Debian file from over at: onara.xyz.

Once you have the Debian file, it can be easily installed using Tweak Installer: How To Install Tweaks On iOS 11.1.2 Electra Jailbreak Without Cydia The Easy Way. Mac users can follow our guide here: iOS 11.1.2 Jailbreak ‘Tweak Installer’ App For Mac Released.