You Can Now Use Amazon Echo As Home Intercom System

Amazon is looking to expand the functionality of its Alexa-powered devices with its latest impressive update.

The online retailer has done a wonderful job over the years of pushing its own hardware and underlying Alexa software forward, but this latest update introduces the ability for various Echo devices in a home to be networked together to function as an intercom system for communications.

The new intercom abilities are supported by the Echo, Echo Dot, and the newly launched Echo Show. There’s also a little bit of legwork needed on the consumer end to be able to get this intercom functionality to work. In the first instance, device owners will need to have the most recent version of the Amazon Alexa iOS or Android app on their connected smartphone.

Each Alexa-powered device will also need to have a simple name specific to the location that it is in. As an example, an Echo in the master bedroom of the house should be called Master Bedroom, and so on. This isn’t mandatory, but it does help when using the Drop In feature to make an intercom “call” to a specific location in the property. Finally, users will also need to enable the Drop In feature in the Alexa app settings. 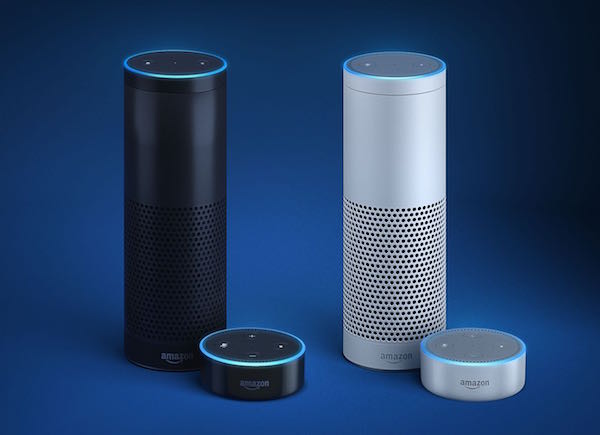 When all of that is in place and done, compatible Echo device owners will then be able to say commands like “Alexa, call the master bedroom” to start that intercom level of communication with whoever is using the Echo device in that room.

The great thing about this new feature is that it is also extended to those who are outside of the home through the use of the Alexa iOS or Android smartphone app, making it a truly powerful communication tool based on device type which is already owned.