After having been heavily leaked over the past week, Amazon’s new Echo device is officially official, with the Echo Show now available to pre-order from Amazon as of right now.

Early adopters can pick one up for $229.99, with Amazon also offering two devices for the sale price of $360 for a limited time. 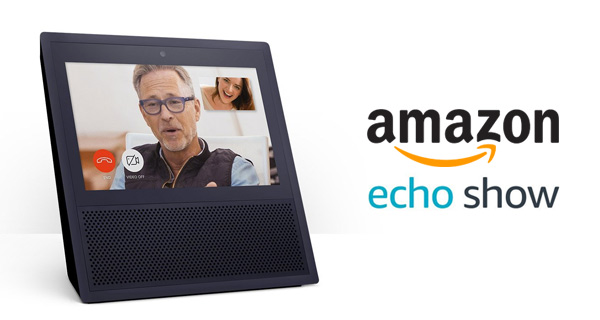 Just as the rumors had predicted, the Echo Show, available in both black and white colors, is essentially the same Echo that we have all grown to love, but with a new 7-inch touchscreen built into the top of it. That changes the shape of the Echo, obviously, but this is still unequivocally the natural progression of the Echo lineup.

On top of the usual voice input and audio output, the Echo’s screen will display additional information such as weather or recipes, and song lyrics will be displayed while music is being played from Amazon Music. There’s also the ability to ask Echo Show to play videos from YouTube on the screen. There is then the support for video calling, though again that will need users to take advantage of Amazon’s Alexa app – there is no support for Skype or, predictably, FaceTime.

Users of Amazon Prime Photos will also be able to use the Show as a digital photo frame. If you have security camera’s installed at your place, you can even pair them with the Echo show and trigger Alexa to check any part of the place covered by your cameras. 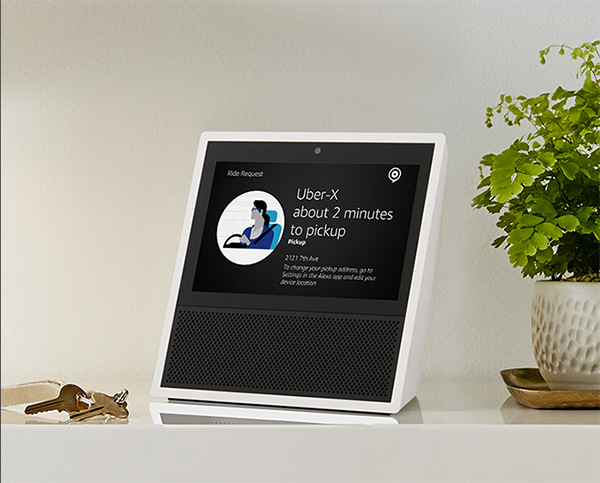 When it comes to hardware, the new Show features an array of no fewer than eight microphones with noise-canceling technology to make sure the device can hear you clearly. The focal point of the device, that new screen measures 7-inches, and there are two two-inch speakers set into the bottom of the frame – presumably the same speakers as the original Echo uses.

If all this sounds good, then you can expect delivery from June 28th. We can’t wait to see what Alexa Skills can do with this new device, and the addition of that new screen has the potential to change how we use the lady in the tube for the better.

Pre-order: Echo Show from Amazon: $229 (if buying two, use promo code SHOW2PACK at checkout to get $100 discount)