Android and phablets fans alike may have eagerly been waiting for the release of Samsung Galaxy Note 8, but it looks as though there will be another Note launch before that device makes it onto our physical and digital shelves.

After recently being spotted passing through the hands of the FCC, the Galaxy Note 7R has now been spotted in use with a collection of device images being shared into the public domain.

The world was, and still is, expecting the Galaxy Note 8, but is instead going to be faced with a revamped Galaxy Note 7 in the form of the re-branded Galaxy Note 7R handset. Yes, that’s right, the previously released Galaxy Note 7 which was pulled from worldwide sale due to a number of issues, is going to be pushed back into the market with a different model name, the exact same external aesthetic, but with a new set of innards to prevent the previous situation from happening again.

So, in essence, what we are looking at, and what we are about to get prior to the Note 8 launching, is a refurbished Galaxy Note 7. And we are very much alright with that as the original device didn’t really get a chance to shine as it kept spontaneously combusting without warning. Externally we have the exact same appearance and overall design. But internally Samsung will be offering a Note 7R with a smaller 3200mAh battery instead of the larger 3500mAh option that shipped with the original model. 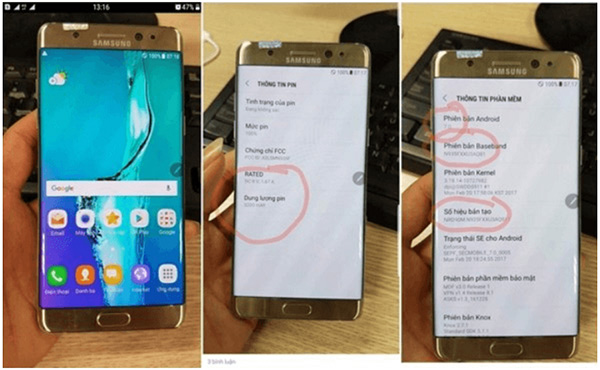 The device will also ship with Android 7.0 pre-installed meaning that users will be able to get to grips with it immediately upon opening the Note 7R box. Like the original, the 7R will pony up a 5.7-inch 2K display with those lovely curved edges as well as a Samsung Exynos 8890 internally.

The camera system, both front, and back, remains entirely unchanged from the ill-fated Note 7 model. It all sounds great, but there is currently no word on whether or not the hardware will ever make it onto shelves in the United States or other locations. At the moment it’s only looking likely to make an appearance in South Korea with a price-tag that exchanges to around the $620 mark.