The story of Samsung’s failed Galaxy Note 7 is one which seems intent on just rumbling on. Just weeks after the company concluded its investigation into why its phones had an alarming tendency to explode or at the very least catch fire, Samsung may now be getting ready to find a use for some of the circa three million Galaxy Note 7 handsets that it recalled.

According to a report by Hankyung.com, Samsung appears to be gearing up to re-introduce the handsets in emerging markets such as India and Vietnam, but refurbished ones. 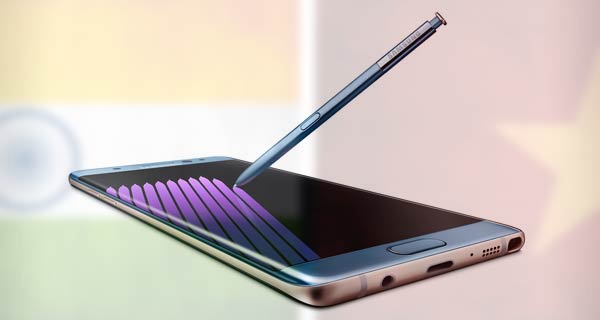 As part of the re-release, refurbished Galaxy Note 7 handsets will be outfitted with a new, lower capacity 3000 ~ 3200 mAh battery, removing the part which was identified as as the root of all the Note 7’s problems last year. Interestingly, there’s something slightly different to be expected as well.

The refurbished Note 7 is expected to carry a redesigned case, so it is entirely possible that the handset which ultimately ships out into the aforementioned markets will not look anything like the Galaxy Note 7 as we have known it this far. It’s also unclear whether features such as the S-Pen will also be available as part of the refurbishment.

With the exception of the battery, and a redesigned chassis, everything else under-the-hood such as the processor, amount of RAM and storage, camera, etc. is expected to remain the same as before.

If the website’s claims are accurate, then June 2017 is the month during which the devices are expected to go on sale. Pricing is up in the air, though given the phones will launch in developing markets it is unlikely they will be priced as high as the original Note 7. Remember, this phone will be almost 12 months old by that point.

With potentially three million phones to make use of, selling refurbished handsets will not only save Samsung money on its bottom line but also save the planet – three million smartphones is a lot to have to dispose of. Refurbishing and subsequently selling the phones will mean that it is one headache Samsung won’t have to deal with.