Amazon’s Echo is without doubt the biggest name in the home digital assistant world these days, and while Google has entered the market with Google Home and every smartphone sold seems to have at least one built in competitor, it is Amazon and Alexa who rule the roost.

So how do you follow up having the best the market has to offer? Apparently, you slap a screen on it. 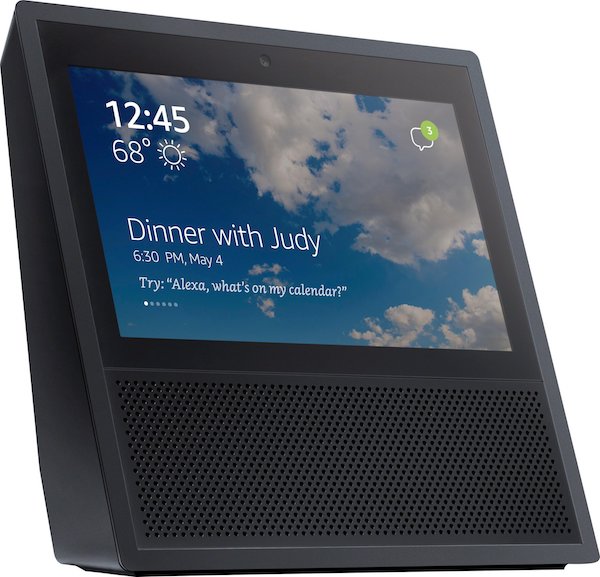 Rumors of a new Echo with a touchscreen built in have been circulating for some time, and the folks at AFTVnews have already found the new Echo references on Amazon’s servers, suggesting a new device is indeed in the works. The same outlet has also shared a small photo which it claims to have found on the same servers, and it looks like we may now have our first glimpse of the next Amazon Echo.

While the image is super small, renowned leaker @evleaks has also now shared a higher resolution, larger version of the image which shows the new touchscreen Echo in all its glory. He also shared the same image but this time depicting a white model, suggesting both black and white versions of the new Echo model will arrive this year at some point. 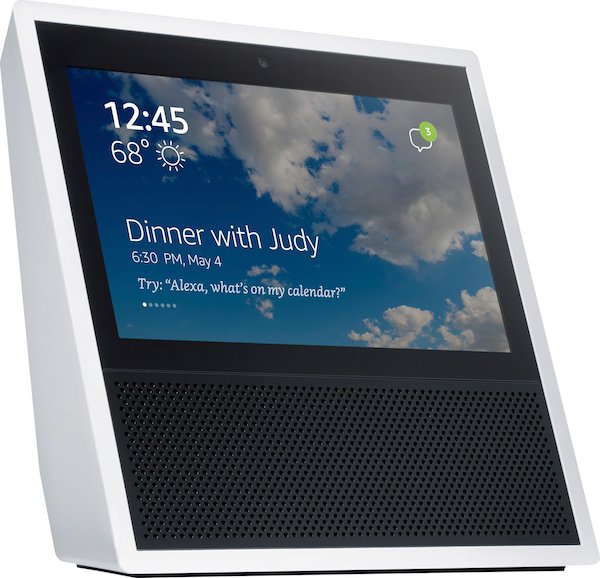 Now that we have high resolution images we can just about confirm that the new Echo will also include a camera, though it is a little unknown at this point what that camera will be used for or how easy it will be to shut it off when required. Video calling, given the surprisingly large color touchscreen could well be a possibility here, though we are really just spitballing here.

No word on pricing or availability has leaked out just yet, but we expect it is only a matter of time until Amazon announced its new Echo for real, and we will have answers to our questions. We can’t wait for that time time to come!