A premium Alexa-powered Echo-like device is in the works according to a new report. That alone may be of no surprise to most people, but the said report also cites sources familiar with the matter when saying that the new device will not follow the same cylindrical hardware design as the current model but will instead feature a touchscreen, believed to be around 7 inches large.

Apparently keen to build on the success that the Echo, and its digital assistant Alexa has managed to garner over the past year, Amazon is said to be hard at work getting a replacement device ready for market.

However, the new product will apparently be tablet-like in that it will feature a large touch-based screen to allow for input, although voice commands are still expected to form the foundation of user interactivity with the unannounced device.

Alongside the new screen, the new device is expected to also feature an upgraded speaker system that would improve on the small, single speaker system currently employed by the Echo.

This (screen) will make it easier to access content such as weather forecasts, calendar appointments, and news, the people said.

Products such as the Sonos devices currently take care of music and media consumption roles for those looking for sound quality, and an upgraded speaker is expected to give Amazon’s new Echo the ability to compete in that regard. 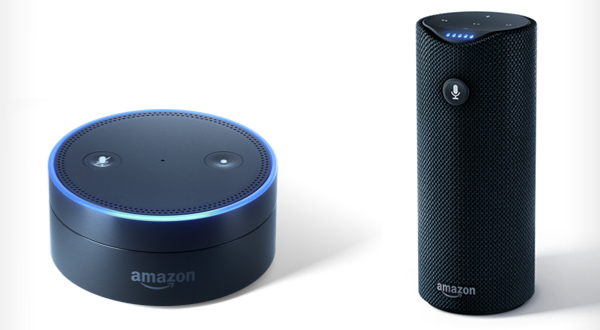 As for when the new Echo will be announced, sources for Bloomberg believe that Amazon may be ready to announce the new device as soon as the first quarter of next year, 2017. With both Apple and Google making strides into the connected home and the Internet of Things, Amazon will want to strike whilst the iron is hot and make a play for those looking for something a little more powerful than the existing Echo.