It’s not in Amazon’s nature to do anything on a small scale, which is why it has been extremely surprising that Amazon Prime Video has remained something of a deal sweetener used to entice customers into taking annual Amazon Prime subscriptions in order to take advantage of a number of benefits offered to the frequent Amazon shopper.

If you take the opportunity to read between the lines, then it looks as though Amazon’s video service is about to go global in more than 200 countries, placing it on a collision course with the likes of Netflix which launched in 130+ countries back in January this year. 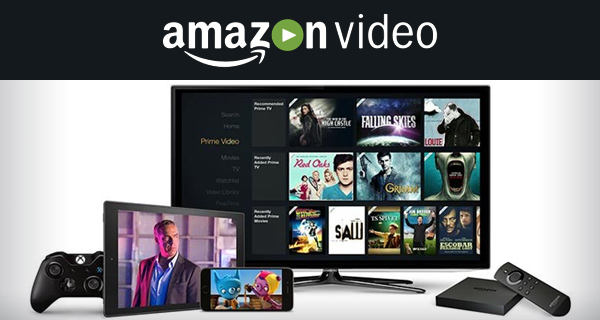 Amazon’s video service already has some great content hosted on it, most of which will easily fill the time of those Prime subscribers looking to find some great and entertaining TV shows and movies to watch.

One upcoming show, which is exclusive to Amazon and will be hosted by ex-Top Gear hosts Richard Hammond, James May, and Jeremy Clarkson, is the highly anticipated The Grand Tour, which catapults the three aforementioned hosts into yet another exciting motoring environment. A “message from the guys”, shared on Twitter, suggests Amazon Video is going huge.

The official Twitter account for the TV show posted the message, containing a video, which confirmed that the show will be available in 200 different countries globally. Given that it’s an exclusive to Amazon Prime Video, we can safely deduce that an expansion is on the cards.

It’s directly a benefit for the show to be available worldwide, but more so that it gives Amazon the chance to gain additional consumer base and start to push the Prime Video service as a standalone offering that can directly compete with other popular streaming platforms and services, such as Netflix. A head-to-head competition between Amazon and Netflix would be extremely appealing.

Based on the shared message, we can safely assume that Amazon Prime Video will be available in over 200 different countries. Netflix, by comparison, now serves approximately 190 countries worldwide. Both platforms invest heavily in the planning and creation of original and engaging content that is exclusive to their own environment, and both have their own connections to industry insiders and publishers that should make for an extremely interesting platform battle.

The Grand Tour, for those that are interested in seeing what the guys get up to after Top Gear, kicks off today on Amazon Prime Video. As for the “message from the guys”, check out the video embedded below.

A message from the guys. pic.twitter.com/p1IJNRjAnS