Amazon is offering you the chance to take home the Game of the Year edition of Marvel’s Spider-Man for PlayStation 4 in a spectacular end-of-year deal. This highly praised game featuring stunning acrobatics and advanced visuals has been a fast-seller at the $40 mark but can be yours right now for just $19.99.

This particular offering in the history of Spider-Man is set in a time when Peter Parker has been living as the arachnid superhero for over eight-years. With that in mind, the game feels a lot more mature and plays on the fact that Parker is now an accomplished and experienced superhero in New York City. The title offers improvisational combat, dynamic acrobatics, a plethora of chances to interact with the environment, and stunningly fluid urban traversal. 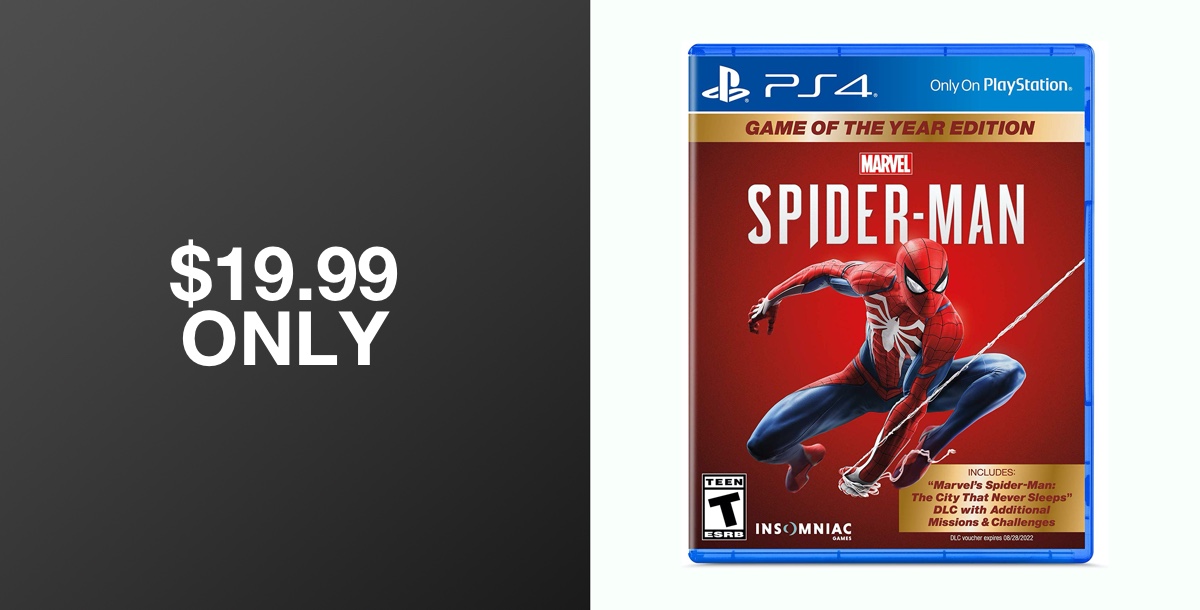 Not only does the game feature mind-boggling graphics, gameplay, and visuals – especially if you are running a PlayStation 4 Pro – but it also comes with Marvel’s reimagining of the iconic New York, meaning that the stunning Big Apple is essentially your digital playground. If you want to take a break from the actual gameplay and thwarting crime across the city, you can simply start to traverse and explore the hugely expansive and interactive world that is at your fingertips. If you get back to the gameplay, you can even use the environment to defeat enemies and progress through challenges. 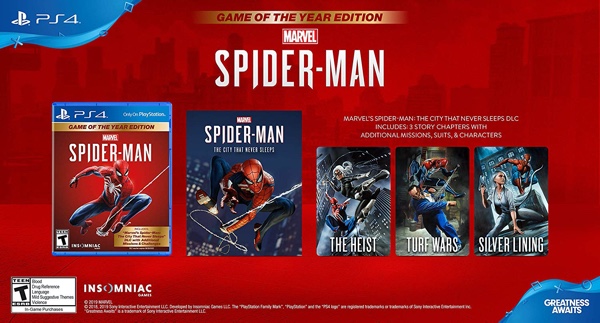 Such is the versatility and stunning visual nature of this game, it was actually voted Game of the Year and is unique to the PlayStation. It’s been somewhat of a huge 2019 for the web-slinger. Spider-Man has been packing bad guys off to jail in movie houses across the world. He has been involved in a battle between Sony and Disney over whether or not he will remain part of the Marvel Cinematic Universe. And he’s even witnessed the passing of his Marvel mentor, Iron Man/Tony Stark. Picking up Game of the Year simply topped off a crazy year for the world’s most beloved radioactive Spider-bitten superhero.

If you want to experience the game that everyone has been talking about, then grab this end-of-year deal, right now.