It’s now official – this year’s WWDC event will take place between June 8th and 12th, and will be held in San Francisco. We have all the details regarding this news right here.

The WWDC website went live today on Apple’s developer portal, with developers asked to get their requests to attend the event in by April 17th. 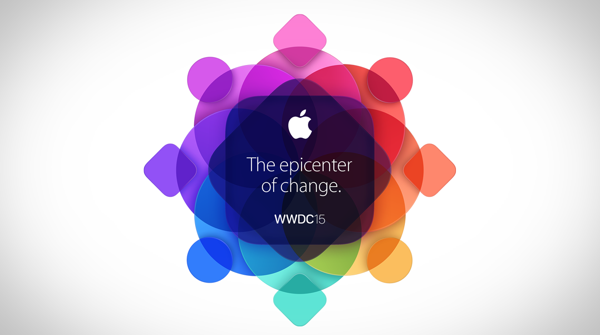 According to the site, developers who apply to attend WWDC 2015 will be placed into a lottery system, with people chosen to attend at random. Successful applicants will be informed of their spot being saved by April 20th, with the $1599 entry fee being payable immediately. 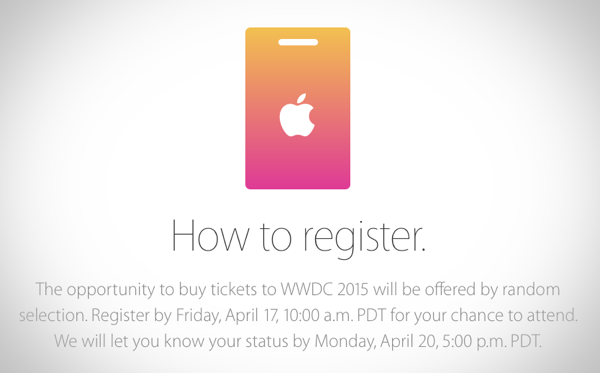 Always hugely popular amongst developers, WWDC 2015 “features more than 100 technical sessions, over 1,000 Apple engineers, hands-on labs, and the Apple Design Awards.” Apple will also outline its plans for both the Mac and iOS platforms, while also showing new versions of software that will ship later this year – if past years are anything to go by. 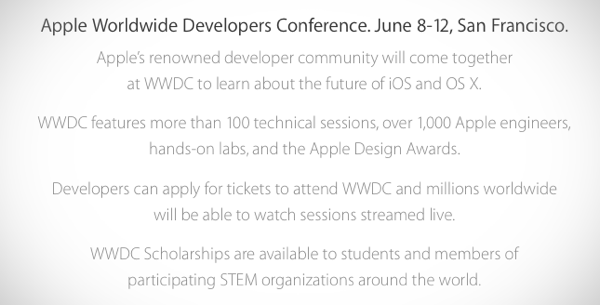 Similarly to last year, Apple will be allowing developers to stream event sessions via the Web, which should soften the blow for the huge number of people that will inevitably be unable to attend due to that aforementioned lottery system.

WWDC has long been popular amongst developers, and with Apple’s new programming language, Swift, still in its infancy we expet this year’s event to be even more popular than ever.

It’s expected that Apple will show off the next version of its advanced mobile operating system at the event – iOS 9. Apart from that, we’re hoping that Apple will also give OS X – its desktop OS – a new successor, and also take the time to unveil its much talked about music service in an official fashion.

Those wishing to play the WWDC lottery can do so by visiting developer.apple.com/wwdc/tickets and signing up. You’ll need to have had an active developer account before this year’s event was announced, but if you’re looking at spending $1600 on a ticket, we suspect that won’t be a problem.