The iPad mini is a highly sought-after device, and if you thought the $329 starting price was a little steep, things just got a whole lot more expensive. London-based Gold and Co. has released a limited edition set of 250 24kt gold iPad minis, so if you have lots of disposable cash and want to offload it somewhere, this looks like a viable avenue.

A few weeks following the release of any new iOS device, Gold and Co. comes through with the solid gold version. It did the same with the iPhone 5 back in September, and with that priced at $5000 dollars or thereabouts, don’t expect the larger iPad mini to come cheap, either.

Intriguingly, Gold and Co. did the same thing with the third-generation iPad back in April after it’s March release, and as those who bought the iPad 3 curse the fact that it only enjoyed a seven month shelf life, those that got theirs laden in 24 karats must be even more rueful.

It’s an expensive toy, and although it’s way out of the comfortable price range of most, it’s certainly nice to look at. The iPad mini – for all its criticism – is rather easy on the eye, and as well as being pretty to look at, it’s also a joy to behold. But even the good work of the Apple design team cannot compete with the beauty of the solid gold edition, and if you have a few thousand dollars lying around, you may want to consider owning one of a very limited edition set.

If, like many, you’ve been a little apprehensive regarding the iPad mini, you may want to wait for the Retina display edition we’re expecting to see next year – particularly if you’re going to step things up and go for the gold version. Then again, if you have enough wad to blow on a gold iPad – a device which, in itself, is far from a necessity – then I suppose you’re not going to be worrying about buying a new tablet whenever Apple fancies releasing one!

If you want more information, please head over to the company’s website at goldandco.co.uk. If, like us, you’ll be taking a rain check on this one, then you can simply drool over the images below: 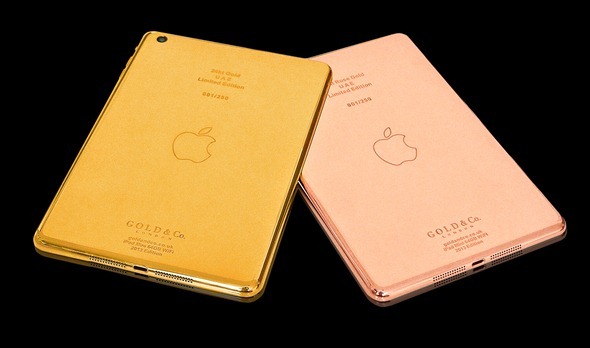 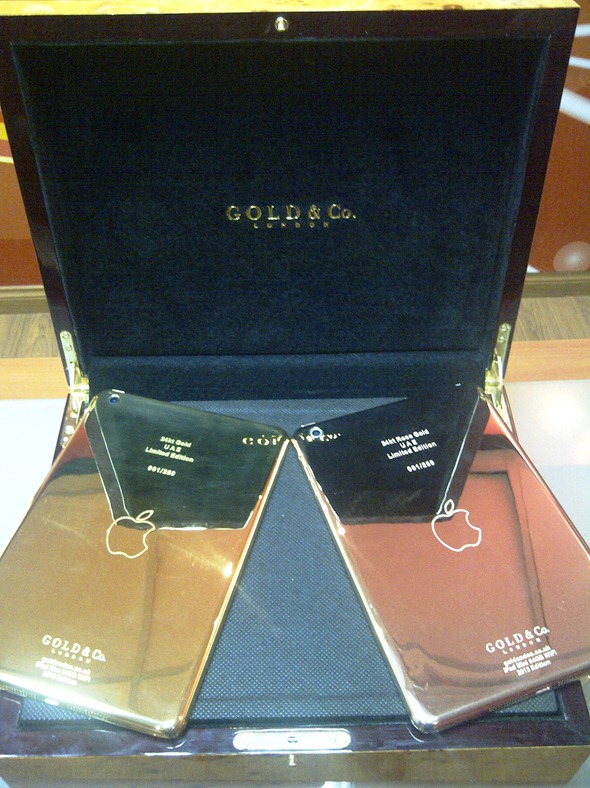 While there is no word on price yet, this gold plated iPad mini will go on display at The Collectors Palace in Dubai Mall, UAE starting from November 15th.