Critics often berate Apple for retailing its smartphones, tablets and computers, at higher price brackets than some would estimate their worth to be, and although it’s a topic of fierce debate, there’s little denying that your average Cupertino product costs a considerable amount more than a similar alternative created by a rivaling company.

The new iPhone has sold in excess of five million units hitherto, and the most recent purchase will have left many iPhone 5 owners short of a few dollars, but had they waited for London-based Gold and Co.’s special gold plated edition of the iPhone 5, they may have ended up parting with even more of their hard-earned cash. 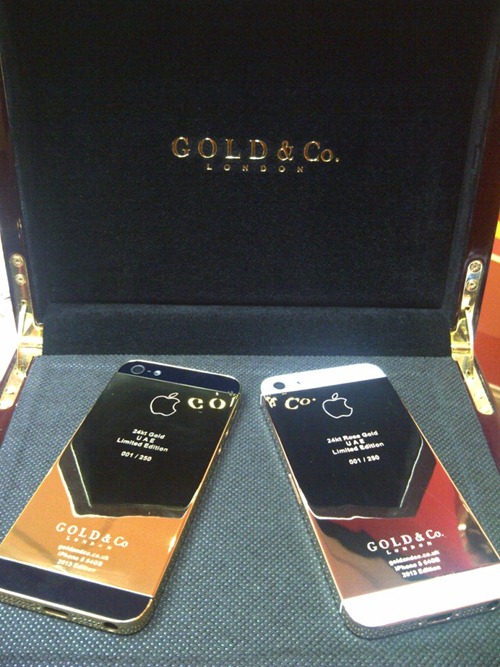 The company is renowned for adding sheets of gold plating on some of the most sought-after gadgets on the market, and the iPhone 5 – which released on Friday – is certainly the most-wanted device on the market at this point in time. As you can see from the images, the already aesthetically-pleasing device looks stunning laden in solid 24k gold, and although we ourselves don’t have that kind of cash to splash on gold-plating, we’d have to prefer the black model, based on the images. The White & Silver model seemed to be your favorite based on the poll we threw up on Facebook over the weekend, but alongside the gold plating, the darker of the two iPhone 5 configurations certainly oozes the most sophistication. 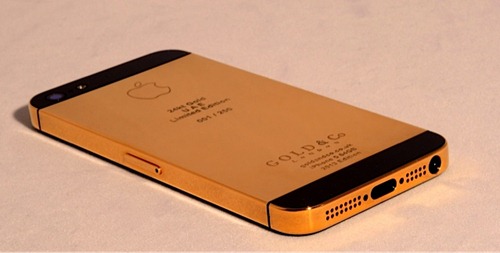 Prices have yet to be revealed, although having contacted the company personally, I was advised the iPhone 5 would cost $4600 for the gold, with the Rose gold weighing in at around $5000. Considering a 64GB iPhone 4S gold plated by the same company will set you back around $4,300, it seems the predictions aren’t too far off what they’ll retail for, but nevertheless, you’ll really have to push your usual smartphone budget out should you wish to add such a luxury touch to your prized asset. 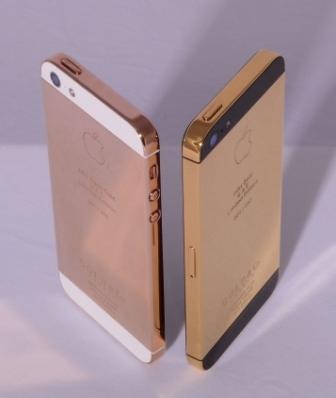 If money was no object, and you were planning to smother your iPhone 5 in delicious gold, which color would you choose? Would the images sway you from your previously-decided favorite?

Please share your thoughts via the usual mediums below, it’s always good to hear from you!