Wondershare Repairit is arguable the best video repairing tool you need to know about. Here are the details on it.

Why We Need Video Repair Tool?
Video once used to just be a DVD rip of some movie that you’d found on the internet. But these days, with phones recording 4K video and whatnot, we’re all creating important video content that we don’t want to lose.

The Best FREE Online Video Repair Tool
But problems happen and sometimes videos get corrupted. That’s where tools like Wondershare Repairit can come in super-handy.

Heading over to the Wondershare Repairit online website and uploading your faulty video is about as easy as can be and what’s more, it’s absolutely FREE.

Three video formats are available and you can repair ten videos per day without paying a thing. Whether your video has poor quality due to corruption or you just can’t open it at all, you can upload it to Recoverit and let the web app do its thing.

The Paid Desktop Version
Need a little more flexibility? Wondershare Repairit Desktop is also available with support for more video formats with no filesize limits.  You’ll even be able to preview the entire repair before anything is done and you can even run more than one repair job at the same time – a limitation that can get old with the free version.

If you are having any doubts about the broken video repair ability of Repairit Online, you must not miss our desktop software.

Yes, Repairit Desktop, specially made for those who are shooting, recording, editing, transferring, or playing videos. 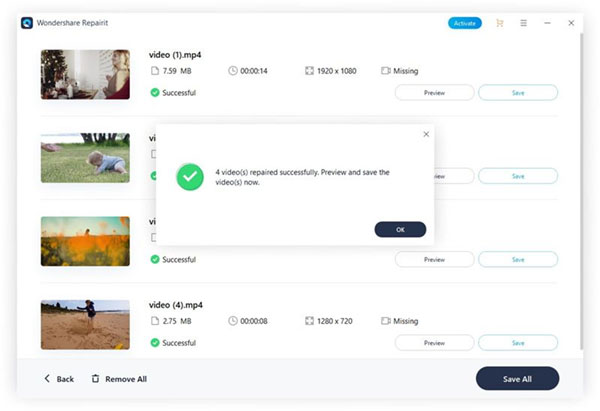 Conclusion
Whether you’re looking to repair a single home video or have a drive full of them, it’s absolutely worth checking out Wondershare Repairit before going elsewhere. Being able to get your video back to tip-top shape without having to spend a penny is always great, but those who need something more powerful have an option here as well.

Head on over to the Wondershare video repair software website to take Repairit for a spin. We’ve got our fingers crossed for you – nobody should run the risk of losing an important video

Disclosure: This is a sponsored post but we don’t get any commission from sales made on Wondershare Repairit.