After the success of software distribution platforms like Software Center and App Store, Microsoft has followed suit by introducing Windows Store on Windows 8. Like the App Store, it has its fair share of limitations over which apps go in and which don’t and, like the Software Center, it charges a fee per download of a paid app, but what’s different about it is that, by design, apps on the Windows Store (generally) run both on desktops running Windows 8 and tablets running Windows RT.

There are many advantages to this, but the biggest is that tablet apps get more powerful features such as – in the case of the app being discussed in this post – being able to manage other devices! Yes, with the built-in USB port on Windows RT tablets and an app like Windows Phone, you can manage your Windows Phone 8 device from your tablet!

When was the last time you sync’d your iPhone with your iPad? 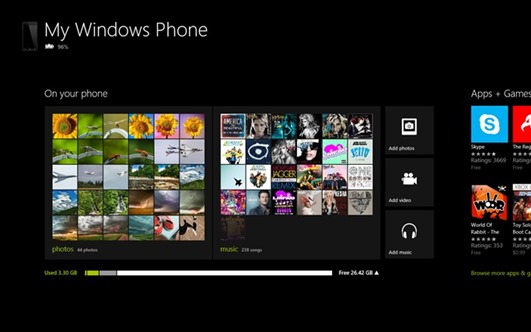 Developed by Microsoft, Windows Phone for Windows 8 / RT helps you manage your Windows Phone 8 device’s digital library with ease. You can easily transfer your photos, videos, music back and forth. Manage installed apps. Set the companion app to automatically save photos and videos from your phone to your PC. 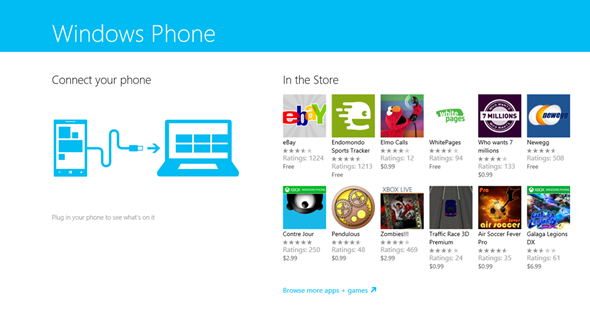 Windows Phone for Windows 8 / RT is available for download for free from the link embedded below. Once you try it out with a Windows Phone 7.8 / 8 powered smartphone, let us know what you think of it in the comments section over on our Facebook and Google+ page.