The LG Nexus 4 is very much real, and Carphone Warehouse in the UK just can’t wait to sell it to you according to new photos from one of the company’s stores.

When Google canned its highly anticipated Android event due to the impending and deteriorating weather situation in the United States, a great big void was created which has been filled by leak upon leak, each detailing further what we expect Google was set to announce. The latest leak shows off the LG Nexus 4.

Photographed in a Carphone Warehouse store in the UK, point of sale paraphernalia shows what is clearly a Nexus 4 in all its glory, along with pricing for those in the UK all excited about the next round of Nexus hotness.

Carphone Warehouse has already had its fair share of Nexus leakage, with the company putting the device on its website recently, only to pull it a matter of hours later. Whether by accident or on purpose, the phone retailer tipped Google’s hand long before the search giant will have a chance to do it itself. 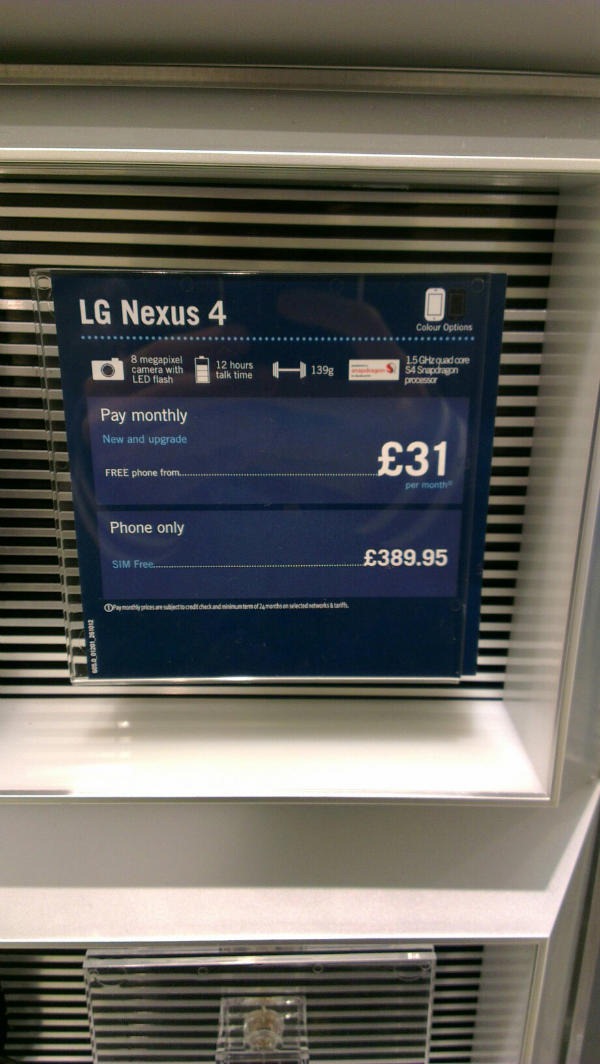 So, what is the Nexus 4 all about? Well, it’s made by LG, just as we thought, and features a 1.5GHz quad-core Snapdragon S4 processor alongside an 8-megapixel camera. Android’s 4.2 flavor will be in attendance, and the device itself will be priced at less than £390 in the UK at least.

The photos used in the promotional material are the same as the ones we saw leaked previously, and it’s almost a certainty that this is the real thing. If you’re on the lookout for a Nexus 4 as and when the thing actually gets announced, and you live in the UK, then you now know how much it will be both sim-free and on contract. Cool huh? 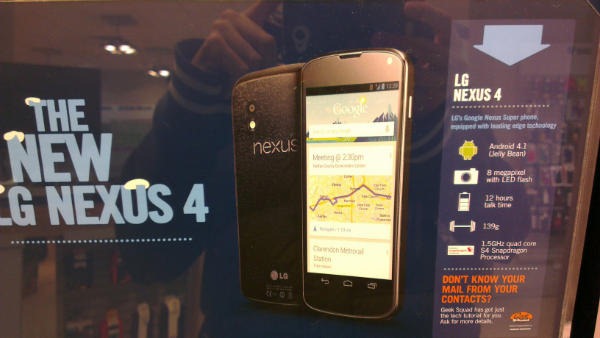 Of course, Google is expected to announce more than just the one handset at its postponed event, and we’re hungry to learn more about what the big G has up its collective sleeve. Hopefully we won’t have to wait too long to find out just what that is, and fingers crossed that there’s something out there that we haven’t seen leaked yet.