If you’ve ever wondered what a boat would look like if it had Steve Jobs fingerprints all over it, then feast your eyes upon this beauty – the video below shows what is believed to be Steve Jobs’ own yacht, recently built by a company in Holland.

Still in the process of being built when Jobs died last year, the yacht which has been christened Venus has been photographed in the Dutch city of Aalsmeer, home of boat makers Feadship.

Those who have read Walter Isaacson’s biography of the Apple co-founder will perhaps recognize some of the key features of the Venus, with the man behind facets of the famous Apple Stores reportedly also involved in making the yacht just as Jobs would have liked it.

As at an Apple store, the cabin windows were large panes, almost floor to ceiling, and the main living area was designed to have walls of glass that were forty feet long and ten feet high. He had gotten the chief engineer of the Apple stores to design a special glass that was able to provide structural support. 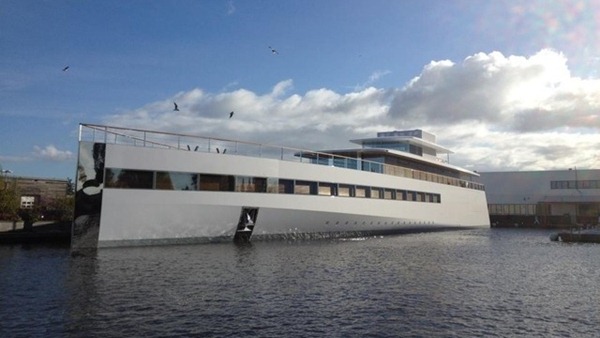 Another noteworthy feature of the design is a collection of 27-inch iMacs which adorn the yacht’s interior. What else did you expect, a pile of Dells? The large screens are evident in photos and video that have surfaced, with the fit and finish of the interior also evident. 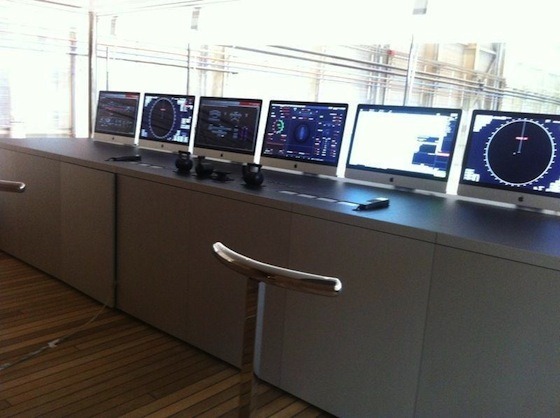 Typically minimalist and understated, the Venus just oozes class, and those clean lines certainly remind us of recent Apple releases like the iPhone 5 and new iMac. Jobs knew what he liked, and if Apple’s sales figures are anything to go by, we all like it too!

We’re not usually fans of yachts, but there is little doubting that Jobs’ is one of a kind, and certainly something that will hopefully be enjoyed by his family for many years to come. Failing that, we’re sure it’d fetch a pretty penny at auction!

Nobody knows quite what will become of the boat now it is apparently completed, but it sure is a shame Jobs never got to see it to completion.