Just a couple of days ago, we posted the news that developer Chris Walshie from Australia was successful in getting root access to Windows Phone 7. Today, he tweeted to inform us all that he now has registry and file-system access as well! 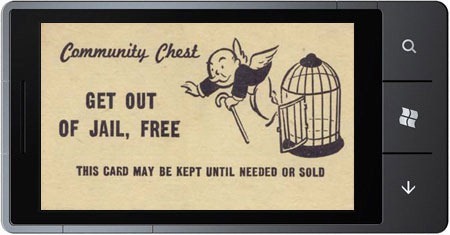 I’ve now got Registry & File system access on HTC & Samsung devices. LG, you are next. #wp7

We are getting closer and closer to a WP7 “jailbreak” that will allow WP7 smartphone owners to customize their experience in a way Microsoft themselves wouldn’t ever allow. The possibilities are awesome considering how, like with iPhone 3G/3GS, the hacker community was able to get multitasking on iOS 3 before Apple implemented it officially in iOS 4. Maybe we’ll see something like that with WP7 too? Maybe!