Dell: Developing Apps for Windows Phone 7 is Easier Than Android

CEO of PC manufacturer Dell Michael Dell, while speaking at an event in Hong Kong, has said that it was easier to develop for Windows Phone 7 than it was for Google Android. 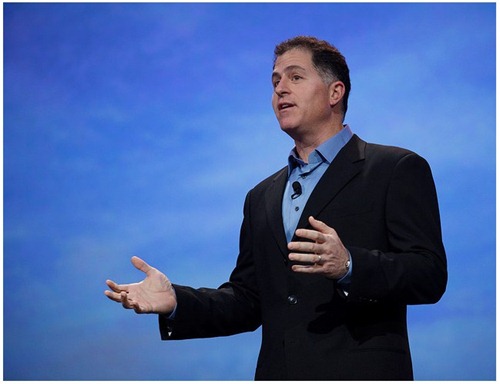 Speaking at an event in Hong Kong, Michael Dell also said that he had received feedback from developers that it was easier to develop smartphone software using Microsoft’s Windows operating system than Google’s popular free Android system.

Thank you stating the obvious, Mr. Dell. Windows Phone 7 is easier to develop for. Fragmentation, especially of the OEM software variety (HTC Sense / Blur / Stock Android), is proving to be a serious headache for Android developers. And fragmentation is exactly what WP7 is tackling very efficiently.

There is a minimum hardware specs requirement that manufacturers have to meet if they want WP7 on their handset and this means that if a developer gets an app to run on those minimum specs, it will run on every other WP7 phone. iOS does this very effectively as well.

Droid doesn’t, though. And that’s precisely where Dell’s statement comes from. [news: via Reuters | image via: stshank]