The hugely popular instant messaging app WhatsApp is testing a new feature that will allow people to continue to listen to voice notes even when they switch chats.

Currently, switching chat stops playback of a note but this change will alter that behavior completely.

According to a report by WABetaInfo, some of those running the latest WhatsApp TestFlight beta are able to continue to play voice notes even when they switch chat threads. A new interface appears and shows the note continuing to play while moving throughout other chat threads.

However, WABetaInfo also notes that the feature doesn’t appear to be available to everyone even when they are running the latest TestFlight beta build of the WhatsApp app. That suggests that it relies on individual accounts also having been enabled.

This feature has been released to some iOS beta testers (including WhatsApp Business beta) but, if you cannot listen to voice notes when you switch to a different chat, it means your WhatsApp account is not ready to let you test the feature: just wait for a future update that will release the feature for more users. 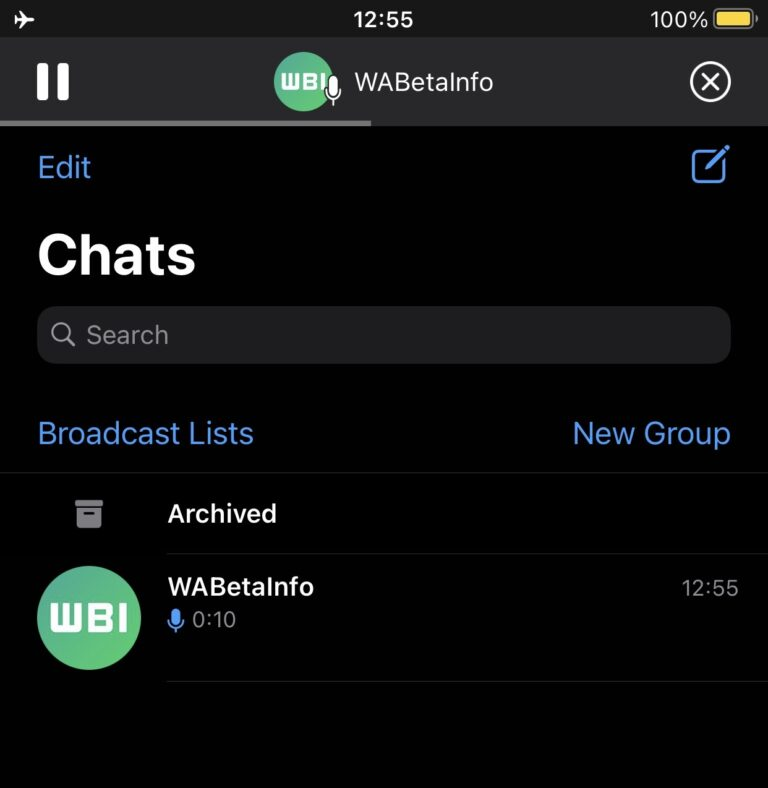 It’s surely only a matter of time before everyone gets to take this for a spin and it’s a feature addition that will surely be well received by those who listen to a lot of voice notes. Let’s hope for a speedy rollout worldwide.