WhatsApp is removing support for iOS 10 and iOS 11, leaving people with iOS 12 as the oldest version of the iPhone’s software that will be supported.

That change will take place on October 24, although the company has already updated its support documents to say that iOS 12 or newer is required.

The change of supported iOS versions now means that those who use older iPhones will not be able to take advantage of the app or its service.

Those with iPhone 5 and iPhone 5C devices will need to upgrade to a newer iPhone if they want to continue using WhatsApp, as noted by WABetaInfo which reported a new error message appearing in the app.

This screenshot reveals that WhatsApp will stop supporting iOS 10 and iOS 11 after October 24, 2022. This is also confirmed by reading an article posted on the official WhatsApp Help Center, that mentions iOS 12 and newer versions as supported and recommended operating systems. If you’re using iOS 10 or iOS 11, you need to update to iOS 12 in order to continue using WhatsApp: it means you can still continue using WhatsApp on iPhone 5S, iPhone 6, and iPhone 6S, but you need to update your iOS version. 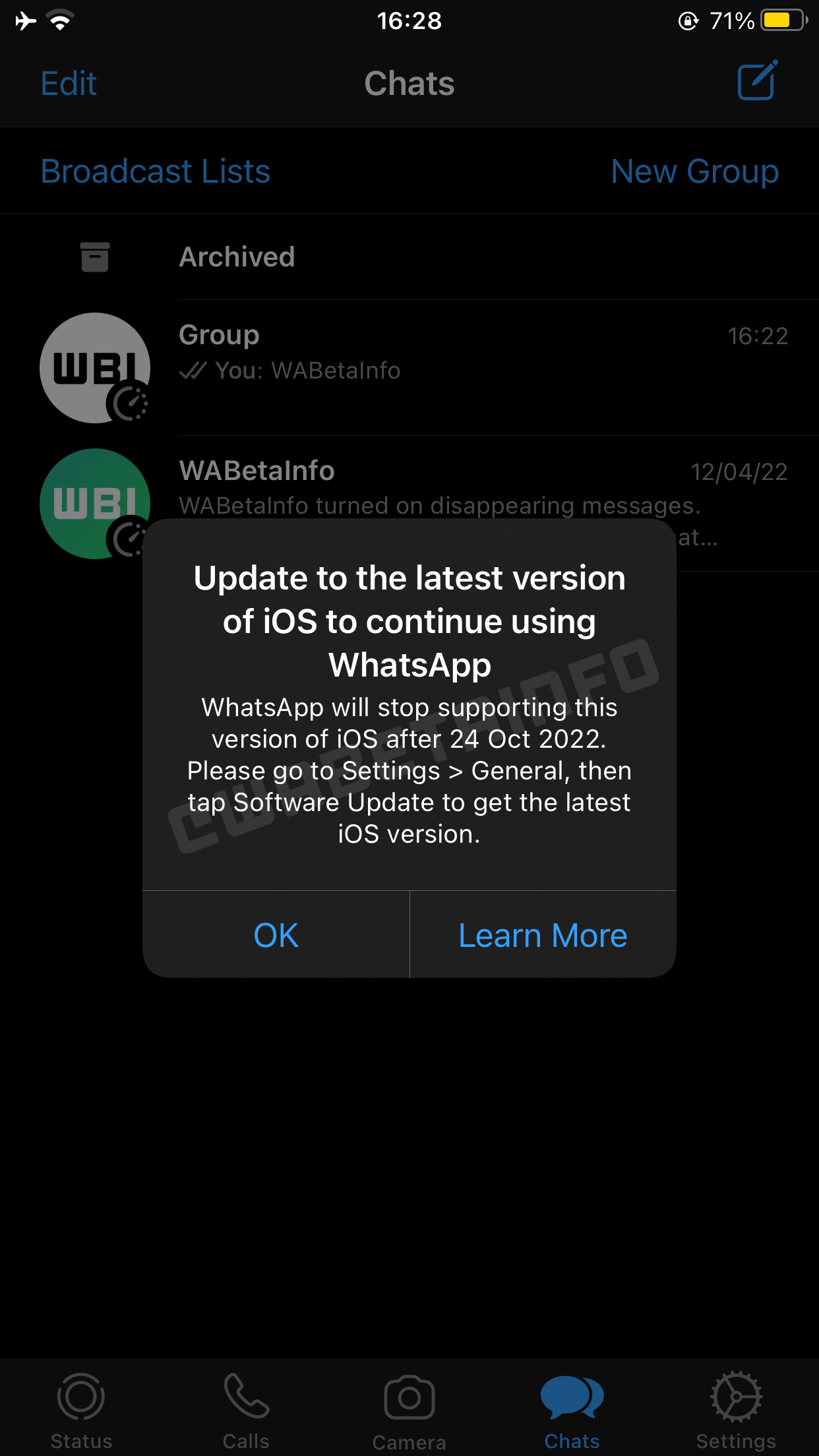 While most people will not be using an iPhone 5 or iPhone 5C, there will surely still be people out there who are relying on such devices for WhatsApp access. It’s likely that those people will not be able to easily upgrade to a newer device, potentially leaving them without access to WhatsApp entirely.