Users of Apple’s iPhones are making video calls now more than ever and WhatsApp has announced a feature to coincide with that fact. The company is now rolling out a feature that will allow up to eight people to join a group call at the same time.

Initially only available in select regions, the update is now becoming available worldwide. 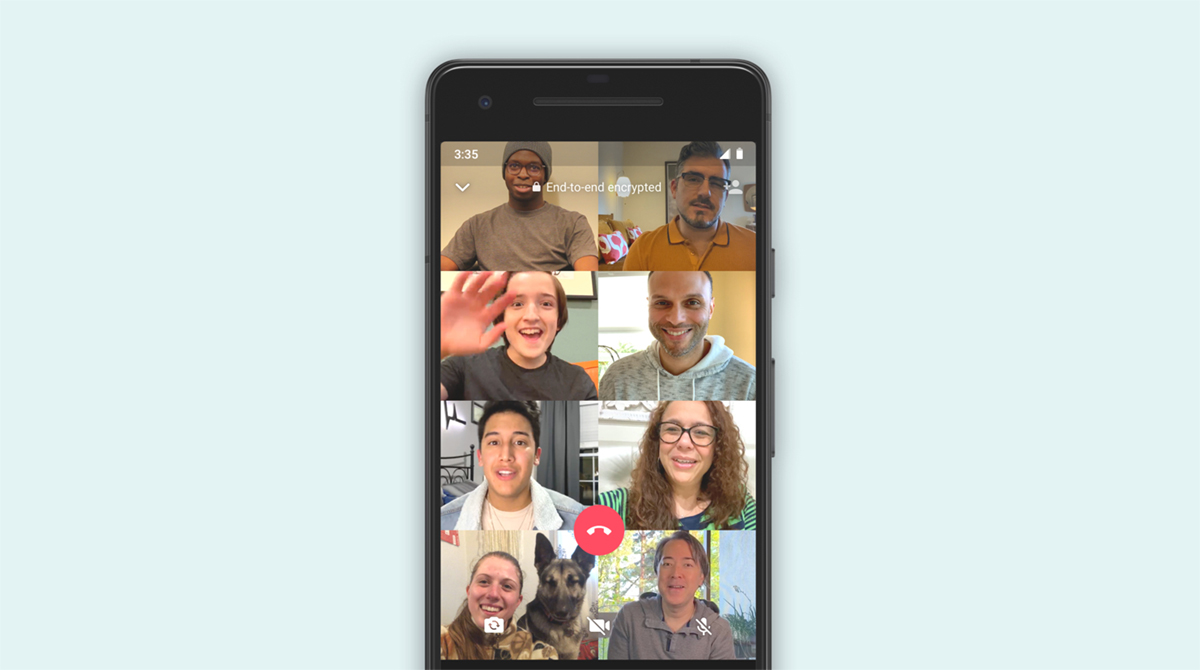 If you’re making a group call, now might be a good time to see how many people you can add. The updated version of WhatsApp is available for installation now and is a free download from the App Store.

It’s important to remember that these video calls will be end-to-end encrypted which is something that not all services offer. In fact, Facebook’s own Rooms feature, recently announced, won’t support encryption.

Alongside the increased number of group video chat participants, WhatsApp has also added some visual improvements for those running devices with iOS 13 installed.

The new update is available for download now, direct from the App Store and Google Play. If you have updated but don’t yet see the increased video call count try again later.