Apple unveiled watchOS 2 – a new operating system update for Apple Watch – at WWDC 2015. With watchOS 2, we got some much needed and wanted features that we’ve been asking for when the Apple Watch was initially released. 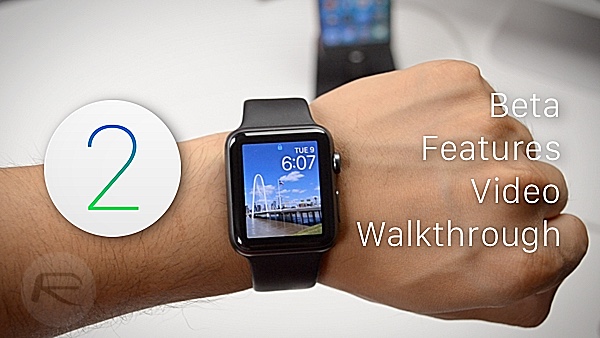 Here are some of the new watchOS 2 features for Apple Watch demoed in our video:

For a full overview and walkthrough of watchOS 2, check out our video embedded below:

The new watchOS 2 beta update for Apple Watch is currently available to download and install for the registered members of Apple Developer Program. The final end-user version is set for release this fall. We’ll obviously keep you all updated on any new features we come across throughout the beta cycle of watchOS 2 which runs till September 2015.

If you missed on our iOS 9 features video, you can watch it here: iOS 9 Beta Features: Hands-On Video Walkthrough.

So what do you guys think about watchOS 2? Is there any feature you think Apple should have added?