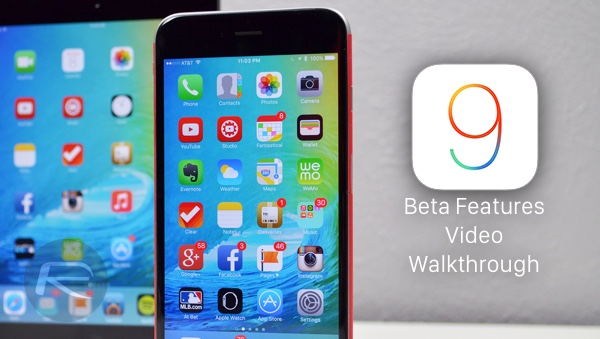 Here are some of the new iOS 9 features demoed in our video:

For a full overview and walkthrough of iOS 9, check out our video embedded below:

Currently, iOS 9 is only available to download if your device is enrolled in Apple Developer Program. For those who are anxious to get iOS 9, Apple will be launching a public beta in July. You can expect the final build of iOS 9 later this year in the Fall.