Want iCleaner Pro Alternative On iOS 11 Which Can Also Do Jailbreak Management For Electra? Check This Out

As time progresses, we are starting to see more and more developers and enthusiasts start to embrace the newly defined jailbreak scene and product packages and software that work in conjunction with the jailbreak offerings that we have.

One of the latest is called Circuit Breaker and is being defined as an “Electra jailbreak management utility app,” meaning, of course, that it’s built to work alongside devices jailbroken using Electra. 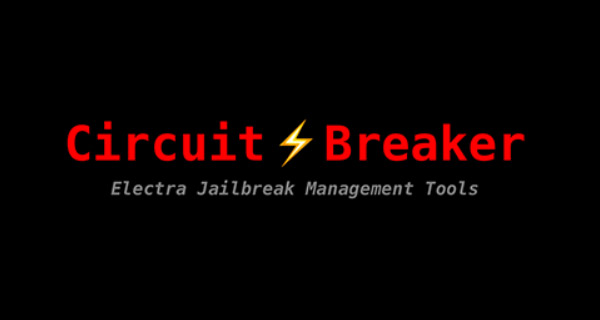 With historical jailbreaks, a device owner would be able to install and manage tweaks directly within Cydia. This would include browsing packages, installing whatever was available and compatible with that firmware version, and even uninstalling and troubleshooting packages if things went wrong. However, due to Cydia not officially being updated to offer iOS 11 compatibility, jailbreaks like Electra can’t actually bundle the alternative App Store with the payload. Obviously, we know that’s going to change soon thanks to CoolStar’s work in putting together a modified version of Cydia, but for now, those limitations are in place.

Circuit Breaker hasn’t been put together and released to replace Cydia but rather to give users an interface that allows them to quickly manage certain aspects of what they have installed on their device. As an example, it instantly provides a simple interface containing a list of all of the installed jailbreak tweaks as well as a corresponding toggle to turn those packages on or off. This is an immediate lifesaver when it comes to troubleshooting and trying to narrow down any issues with potentially unstable tweaks. Circuit Breaker also contains functionality which allows the device to go through a respring as well as rebuild uicache with a simple touch of a button. This is something that tweaks like iCleaner Pro have been able to offer but since even iCleaner Pro isn’t updated for iOS 11 yet, this could act as a basic alternative to iCleaner Pro as well. 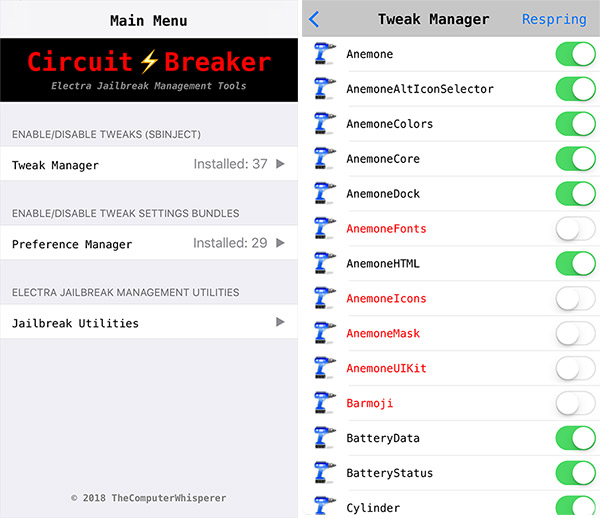 There is also a very neat little piece of functionality built-into Circuit Breaker which allows tweaks and themes to be backed up where necessary, although this isn’t currently listed as a stable feature.

There definitely will be people who opt to sit it out and wait for a new version of Electra to be released with the previously promised version of Cydia included, and of course official iOS 11 update for iCleaner Pro. However, for those interested in the functionality offered by Circuit Breaker, installation instructions including how to download the tool, are here.