The iPhone 6s was a popular phone after it went on sale back in September of 2015. It finally left the market in September 2018, three years later. In that time it sold tons of units and there are still some people using an iPhone 6s today. Those people are probably due an upgrade, so what about the iPhone 11 and iPhone 11 Pro? Just how much faster are they?

That’s a question that YouTuber PhoneBuff wanted to find out, so that’s what they did. 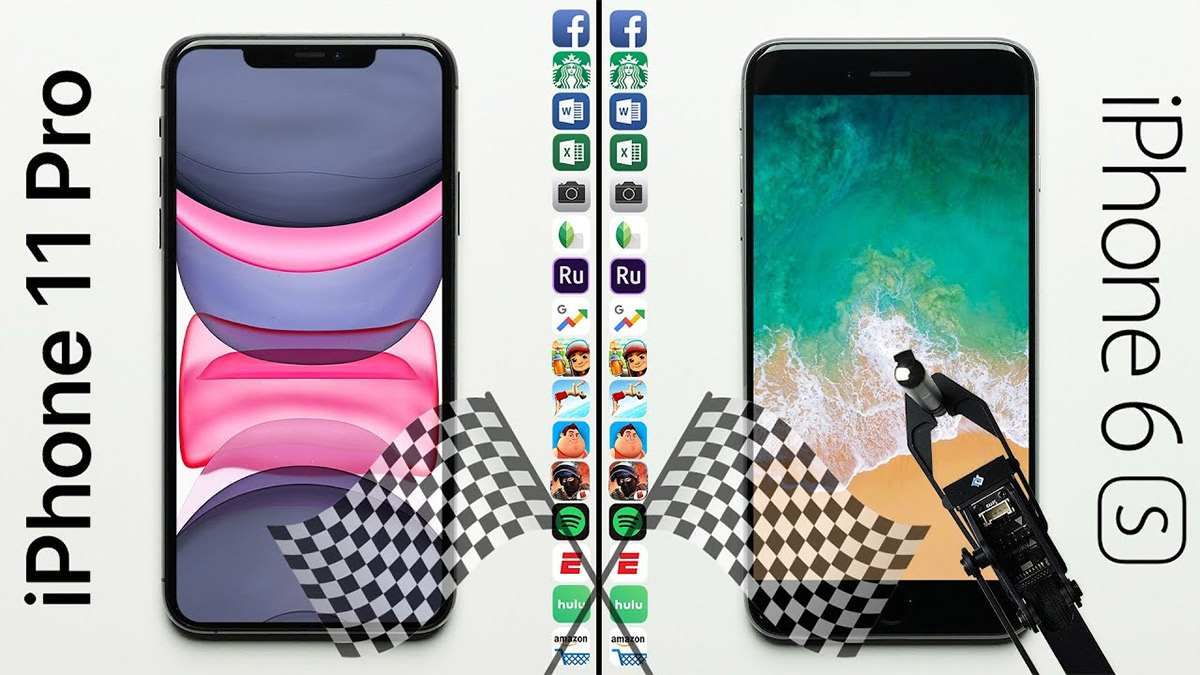 They took an iPhone 6s and an iPhone 11 Pro and then put them through a suite of tests that are supposed to mimic real world usage. Whether that’s actually the case is a matter very much up for debate, but we’ll put that aside for now.

The test itself involved opening and closing apps and games, some of which are quite hefty and require plenty of resources. A robotic finger was used so as to try and remove that particular variable, and you can watch the video for yourself right now.

The upshot is that sure enough, the iPhone 11 Pro is considerably quicker across the whole test. The iPhone 6s took almost five minutes to run through the suite of apps, while the iPhone 11 Pro was able to do it in just two minutes and 41 seconds. That’s almost twice as quick, which probably isn’t that big of a surprise given the recent advancements offered by Apple’s A-series chips.

It’s worth noting here that while the iPhone 11 Pro was tested, the cheaper iPhone 11 uses the same A13 processor. That means you can get the same performance without spending quite as much, and that could be a big deal if you’re on the hunt for an upgrade.