You can now download iOS 13.4 beta 3 IPSW links and OTA Update along with iPadOS 13.4 beta 3 firmware for all compatible iPhone and iPad hardware.

Following on from the release of iOS 13.4 beta 2 and iPadOS 13.4 beta 2 on February 20, 2020, Cupterino-based Apple Inc. has now seeded the next pre-release seed of iOS/iPadOS 13.4 and taken that all-important next step that gets the company closer to a public release of this firmware. 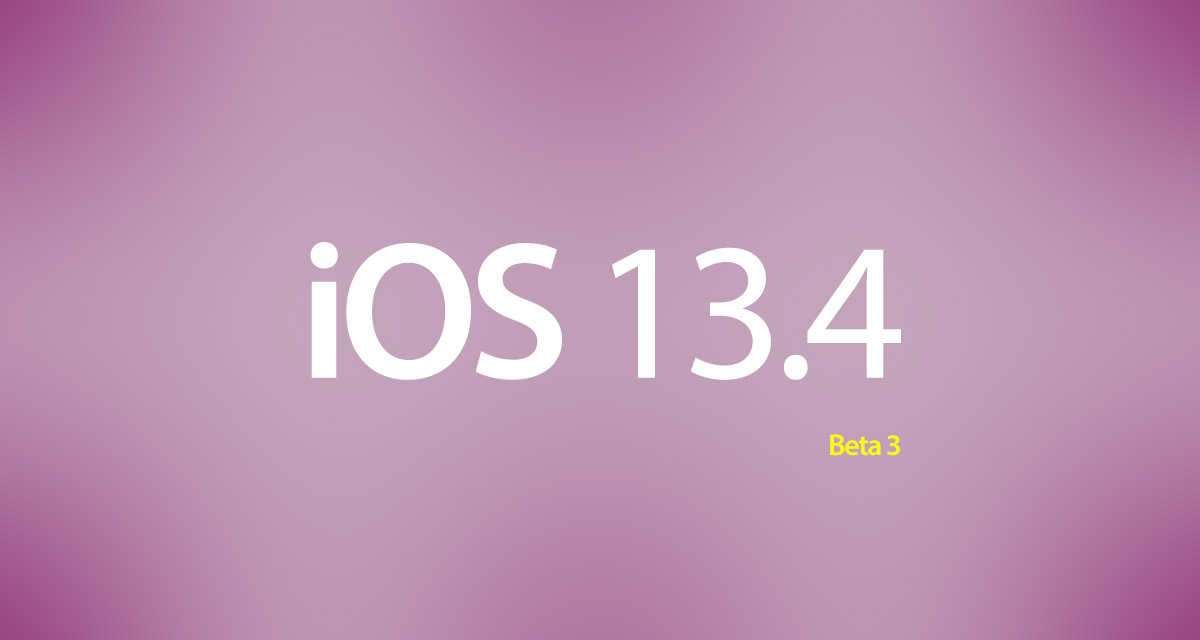 As always, the release means that interested individuals can download and install to all compatible iPhone and iPad models either as an over-the-air update or an entirely fresh installation via iTunes or Finder on macOS Catalina.

When iOS 13.4 and iPadOS 13.4 finally get into the hands of the public they will contain changes to the native TV app, the much-used Mail app, and will likely introduce a brand new API called CarKey. CarKey will allow users with an NFC-compatible car to unlock and start their vehicles using an iPhone or Apple Watch. Apple is also using this release to play around with the toolbar in the Mail app a little more and make some visual tweaks, presumably based on user feedback.

Tim Cook’s company has also updated the available settings for the TV app that is accessible via iPhone and iPad. A few new options have been added that give each user greater control over data streaming and downloading of content, including being able to opt-in to use cellular data for downloading. Given the generosity of many mobile data plans these days, and the speeds of cellular data in comparison to some Wi-Fi networks, this will be a very welcome addition for a lot of TV users.

If you are a developer, tester, or just a keen individual with an interest in iOS 13.4 beta 3 or iPadOS 13.4 beta 3, then go and grab the release right now on your compatible iPhone or iPad as an OTA Update. You can do this by navigating to the Settings > General > Software Update section of the device itself. Alternatively, if you prefer a fresh start with a brand new never-before-touched installation, then you can also grab iOS 13.4 beta 3 and iPadOS 13.4 beta 3 as an IPSW file from developer.apple.com and install it via iTunes or Finder, as previously mentioned.