Video: 50 Tips And Tricks For The iPhone 6 And iPhone 6 Plus

With two new smartphones and a whole new piece of software in iOS 8, even long-time users of Apple gadgets have encountered something of a learning curve, and we’ve done our best here to present you with some of the best tips and tricks to help you familiarize yourselves with the various new features. Given that iOS 8 is arguably one of the most significant leaps since the very first iPhone appeared back in 2007, though, there always seems to be something to learn, and if you wish to fast-track your acclimatization with the update, then a new video covering 50 awesome features will definitely stand you in good stead.

The video, which has been created by the folks at TechSmartt, is a good 15 minutes long, although if you want to make the very most of it, you’ll probably want to pause after every tip you didn’t know about. 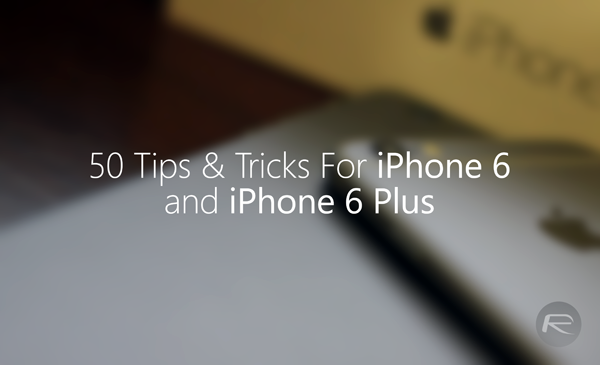 It covers a number of key implementations Apple has made with the new software, and thus, beneficial even to those who are using an older iPhone or indeed any iDevice running on iOS 8. Sure, some of the tips will be useless if, say, you’re rocking a Retina iPad mini, but if you take the time to watch through the clip in its entirety, you’re bound to find something of genuine interest.

Even though iOS 8 is well and truly upon us – almost half of those running iOS 8-compliant devices have already grabbed the update – it still doesn’t feel as though it has fully launched. There are a number of bugs, especially for those running the antiquated iPhone 4s, and although the HealthKit has been billed as an integral component in Apple’s wider ecosystem looking ahead, the Health app is still not yet firing on all cylinders.

Despite these early kinks, which Apple is working on resolving as we speak, there are still plenty of interesting, functional features to get started with, and even if you’re already getting used to iOS 8 in general, there’s certainly no harm in grabbing a coffee and watching this video.

With 50 in all, we’re sure that there’s something here you weren’t aware of, so give it a watch, and do share your thoughts via the usual channels.