It is becoming increasingly clear that the younger ones amongst us simply do not have time in their busy schedules to write full sentences anymore, and the only possible way to communicate is via little colorful pictures.

Those pictures are called emoji, and they are taking over the world. But that’s fine, because the people behind what makes an emoji all official like, namely the Unicode consortium, have been hard at work on its latest release, with no fewer than 69 new emojis ready for a Spring release as part of Unicode 10.0. 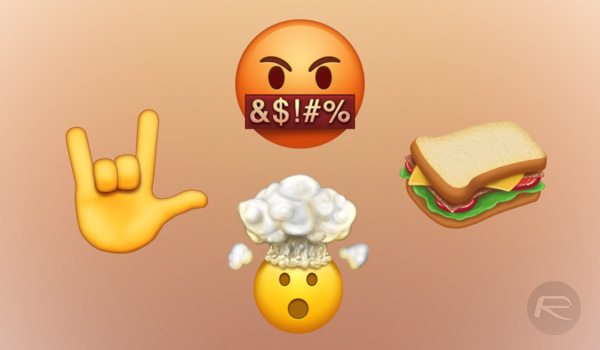 The folks over at Emojipedia have taken the emoji and rendered them as they might appear on an Apple device – emoji look slightly different depending on where they are being viewed – and there are some great additions. Some of our favorites include a brain, a curling stone and a lovely looking sandwich because, well, who doesn’t like sandwiches.

It is important to remember that while there are some excellent additions here, it is possible that some of them will change or be removed entirely before they begin to appear on iPhones and Android devices later this year.

The 69 emoji shown off today are only a draft, with the final certified emoji not set to be ready until around June time – an exact release date hasn’t yet been announced. 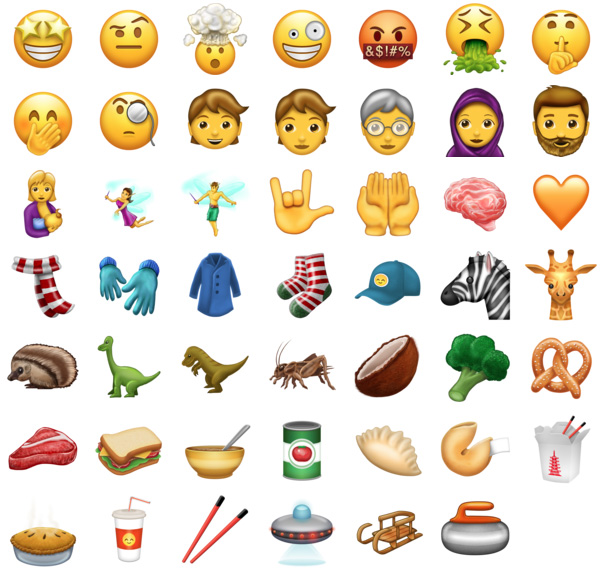 While we jest about how people use emoji, they have fast become an important part of the way people communicate online, whether that be via messaging services like iMessage or on social networks like Twitter or Instagram.

People even wear clothes with emoji on them these days, and while many might prefer the use of words over emoji, it is fair to say that the little icons that were born out of Japan are now part of everyone’s lives, whether they like that fact or not!