Apple’s keyboards are some of the best looking keyboards around and they have a great balance of being just clicky enough without being as clicky as mechanical keyboards. They have just the right amount of key travel as well, making them perfect for those who are used to typing on notebooks. Right now the gorgeous Space Gray Apple Magic Keyboard can be yours at an Amazon best price.

That means that you can pick up this keyboard for just $130, saving you around $20 on the usual asking price of $150. This is the lowest price we’ve seen this keyboard sell for, at least on Amazon, so it’s the kind of deal you really won’t want to miss out on. 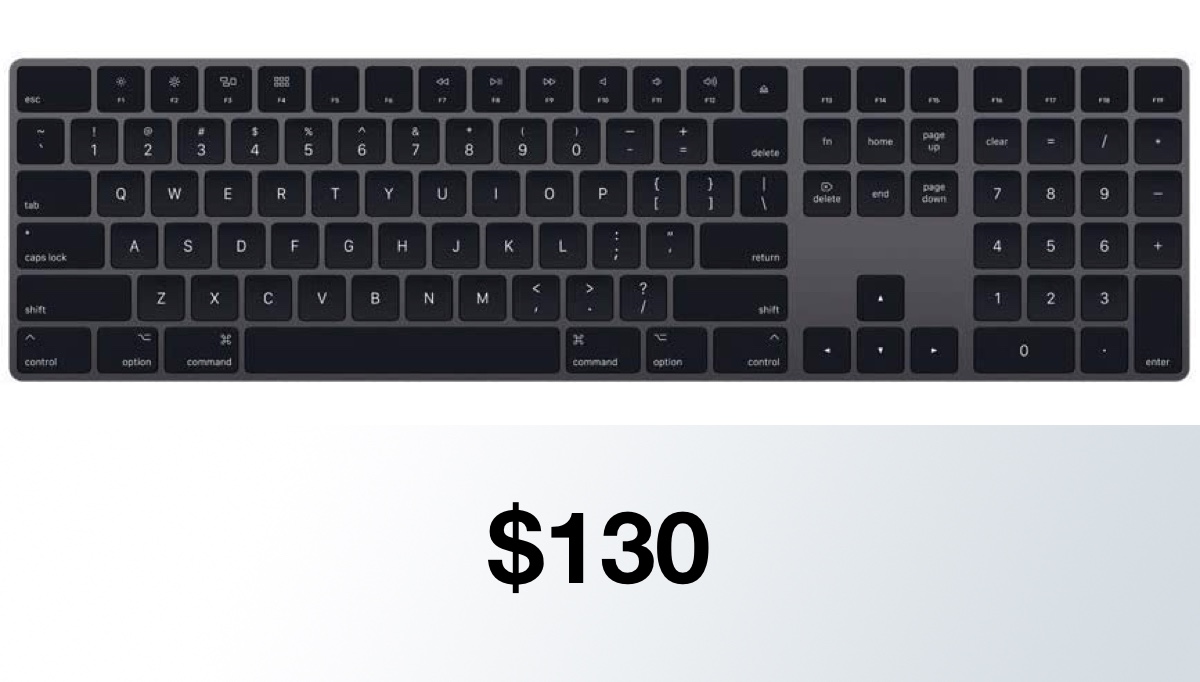 The Magic Keyboard comes with a built-in numeric keyboard as well as all of the document navigation controls that make working so much easier. The scissor mechanism that handles key travel is one of the best around as well, with Apple recently ditching the butterfly mechanism in favor of it across its entire notebook line.

Connectivity is handled by Bluetooth and the keyboard is comaptible with macOS 10.12.4 and later as well as anything running iOS 10.3 or later. You can also charge your keyboard using the included Lightning cable, too.

This Space Gray keyboard originally shipped with the iMac Pro and we thought that was going to be the only way to get it. Apple later decided to sell it separately, allowing us all to get in on the act without buying a new Mac.

We don’t know how long this particular deal will be around for, but we do know that you’ll kick yourself if you miss out on it.